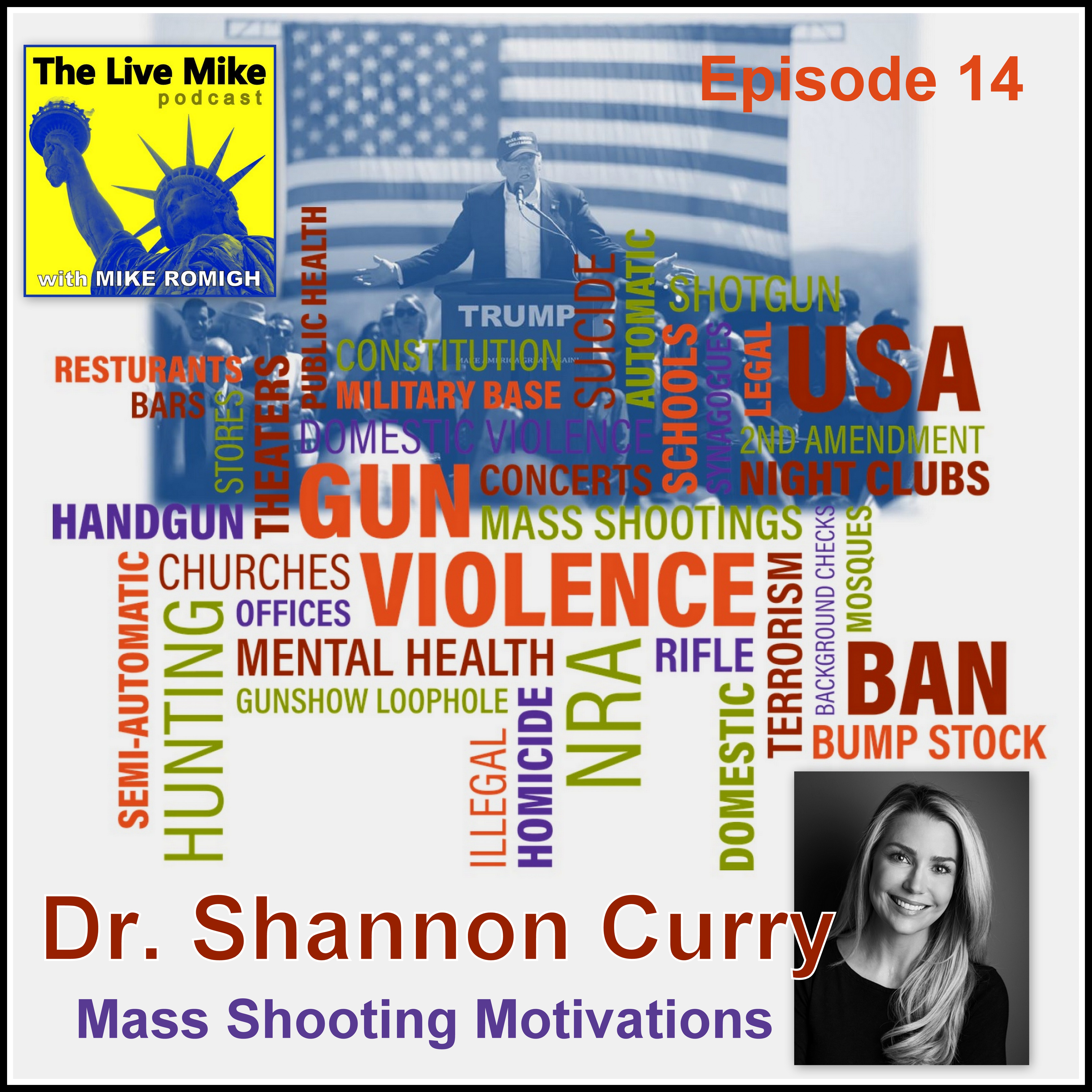 On episode 14 of the Live Mike Podcast with Mike Romigh, we talk with psychologist Shannon Curry about why and how people become motivated to commit mass shootings in America, including the political and cultural normalization of bigotry, hate, and racism.