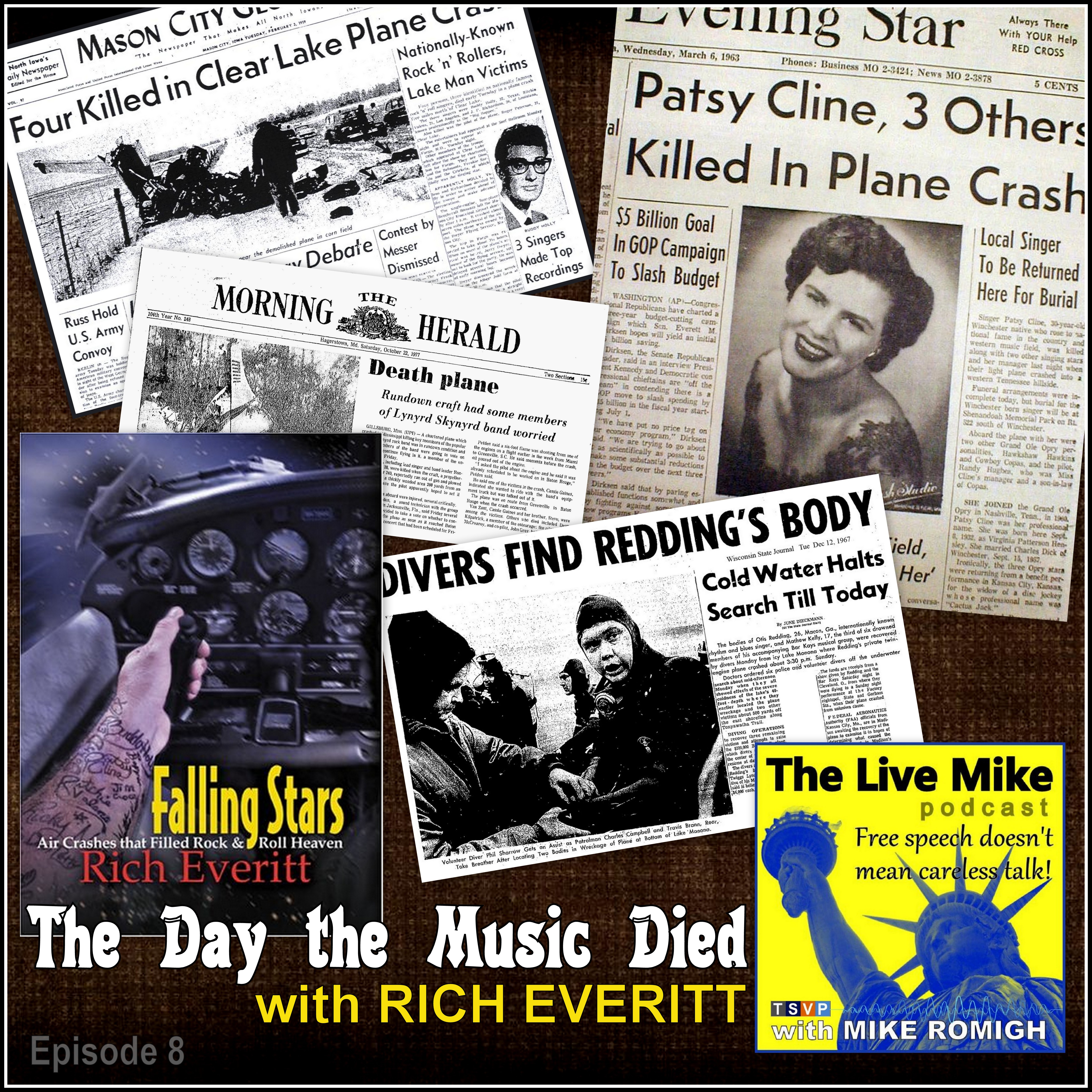 Rich Everitt is a former news director, reporter and anchor with over 30 years in the broadcast news business.  His career has spanned markets as small as Hattiesburg, MS and as large as Boston and New York City. Rich is the author of Falling Stars: Air Crashes that Filled Rock & Roll Heaven , a book that goes behind the headlines and datelines to reveal the shocking truth behind each crash, starting with “the day the music died” in 1959, and ending with the catastrophic deaths of Denver and Aaliyah. At the same time, Everitt – a skilled pilot and musician himself – explores the early careers of the stars, offering intimate insights into their personal lives as well as the final moments aboard their ill-fated flights.