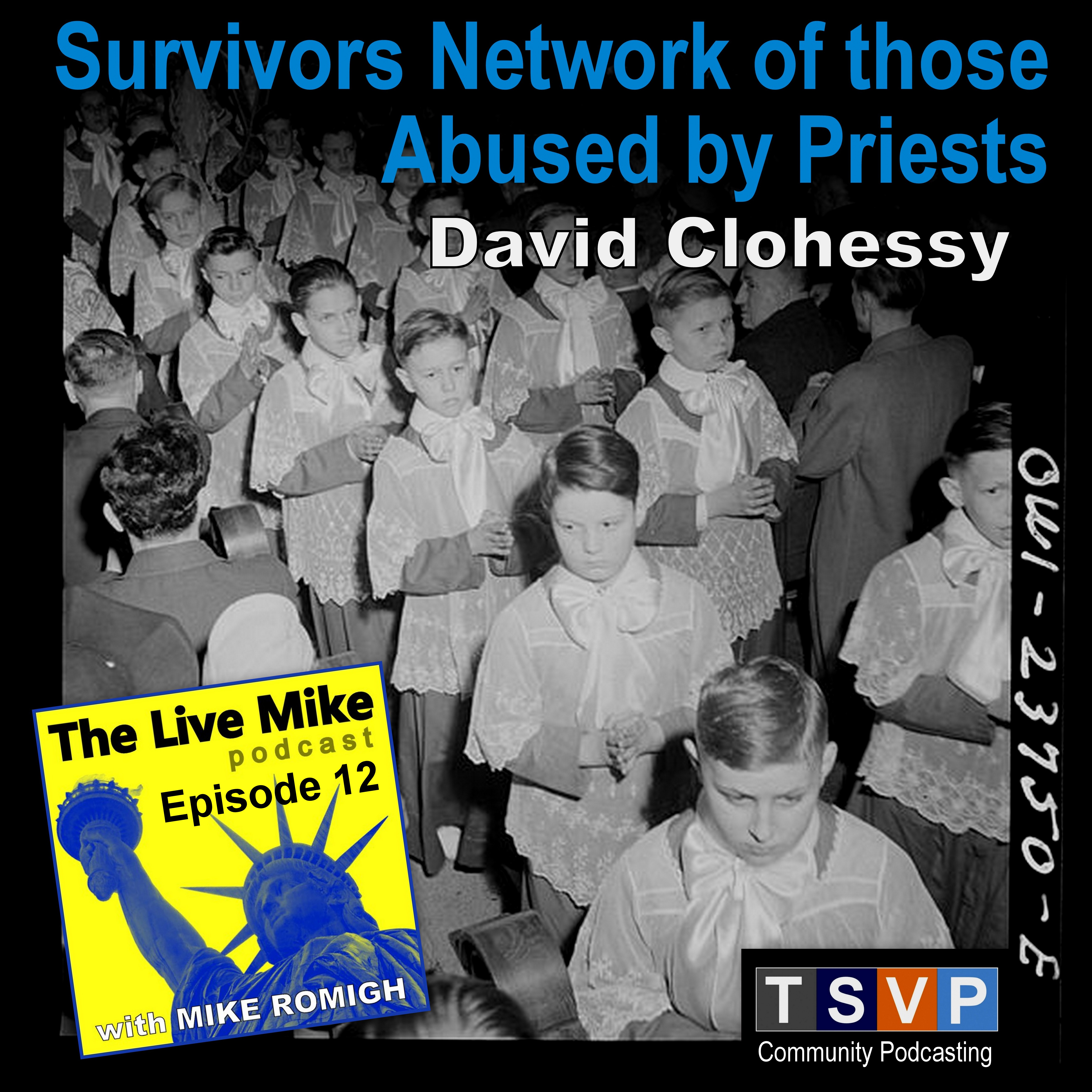 Survivors Network of those Abused by Priests

On episode 12 of the Live Mike Podcast with Mike Romigh, Mike talks with David Clohessy of the Survivors Network of those Abused by Priests (SNAP), the largest, oldest and most active support group for women and men wounded by religious and institutional authorities such as priests, ministers, bishops, deacons, nuns, coaches, teachers, and others. David Clohessy is the former St. Louis, Missouri-based national director and spokesman for the Survivor's Network of those Abused by Priests (SNAP), the largest and oldest self-help group for victims of clergy molestation in the United States. Clohessy has been widely quoted by news organizations covering the sex abuse scandal, including The New York Times, and he has appeared on numerous television shows, including Good Morning America, The Oprah Winfrey Show, The Phil Donahue Show, and 60 Minutes.  Clohessy has publicly stated he was the victim of sexual abuse by a priest during his teenage years (from 1969-1973).  Clohessy struggled with the fact that his brother, Father Kevin Clohessy (who has since left the priesthood voluntarily), also had eventually "a credible accusation" against him for being inappropriate sexually while a priest. The allegation was never proven.Clohessy is a 1978 graduate of Drury University in Springfield, Missouri.   Survivors Network of those Abused by Priests