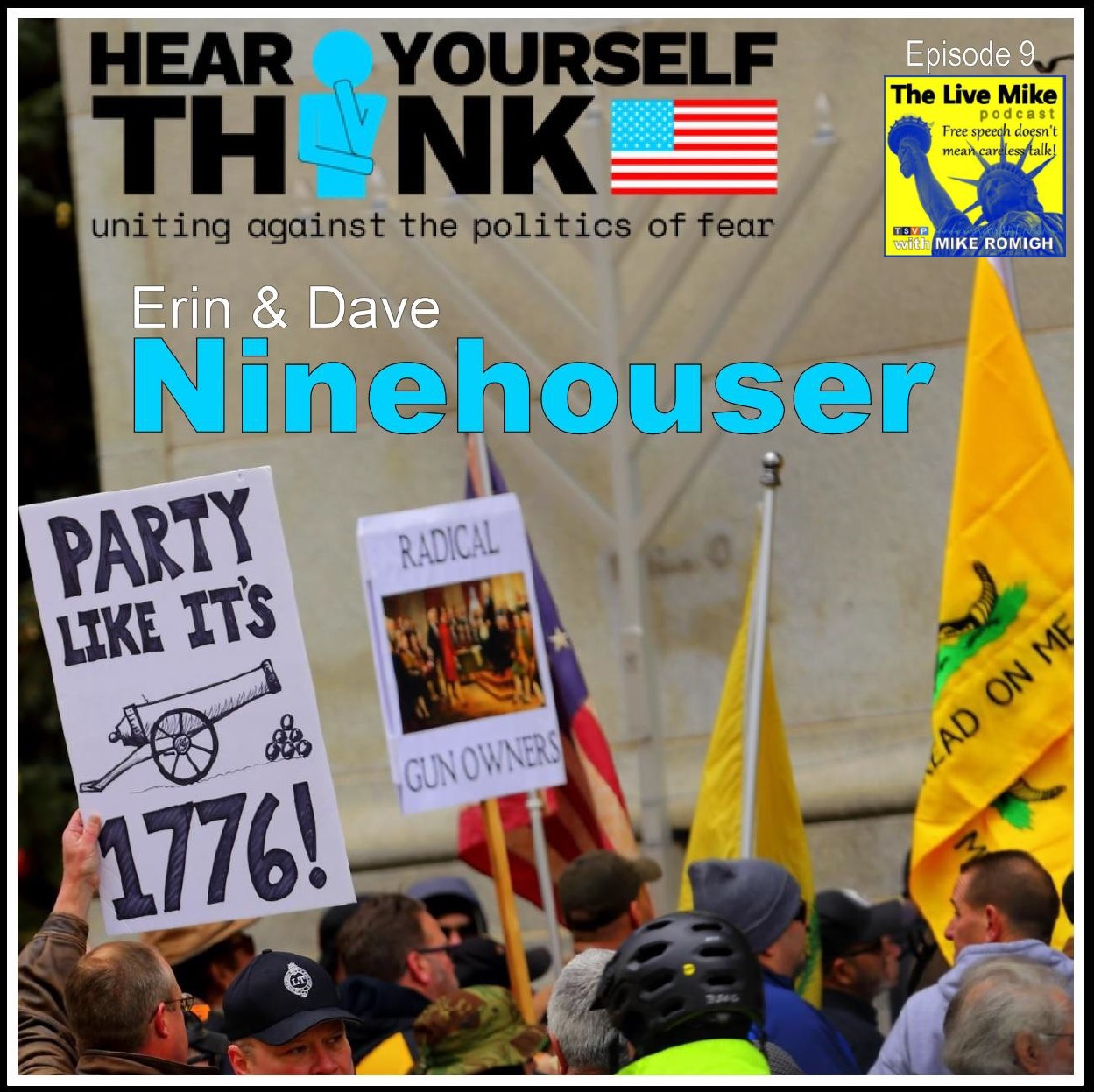 On episode 9 of the Live Mike Podcast with Mike Romigh, Mike talks with Erin and Dave Ninehouser of the Hear Yourself Think Project about modern propaganda, the influence of slanted media, and how to have civil conversations for the sake of our democracy. “This media phenomenon of poisoning the channels of communication with emotion based propaganda, fear, and hate is going to break our democracy.” ~Dave Ninehouser On episode 9 of the Live Mike Podcast with Mike Romigh, Mike talks with Erin and Dave Ninehouser of the Hear Yourself Think Project about modern propaganda, the influence of slanted media, and how to have civil conversations for the sake of our democracy. This episode was recorded in September 9, 2018 in Beaver Falls, Pennsylvania. Host: Mike Romigh.  Guest: Erin & Dave Ninehouser.  Audiography: Kevin Farkas. Music (available on SoundCloud.com): Patrick Deluxe (“06 Fortunate Son H1 Matias 4-bar Drum Loop”), HarbingerLoops (“Dreary Thoughts”).  Additional sound (available on Youtube): “Edward R. Murrows final reply to Senator Joseph McCarthys See It Now appearance - April 13 1954.”  ©The Live Mike Podcast/The Social Voice Project, Inc.  All rights reserved. Dave and Erin are passionate about taking on toxic media because, as natives of Southwestern Pennsylvania — a region heavily saturated for decades by extremist talk radio and partisan outlets masquerading as “news” — they’ve seen too many goodhearted people gradually pulled into an alternate universe of fear, inflammatory misinformation and groupthink.

They’ve watched as friends, family members and neighbors have become more polarized and rigid in their views, with meanness, rancor and pessimism replacing compassion and community connection under the strain of all this negative media.

This shift is part of what motivated them to become community organizers, working on a range of progressive issues and campaigns for more than a decade. The number one obstacle they faced was the avalanche of misinformation, cynicism and fear-based narratives coming from the media.

Since 2004, Dave has knocked on over 100,000 doors, engaging with voters in Southwestern Pennsylvania, Ohio, Maine and New Hampshire on issues like good American jobs, fair trade policies for American workers and health care (ask him about “the battle of Kittanning”).

For the last five years, Erin has been working on implementation of the Affordable Care Act — aka “Obamacare,” facing down tea party disrupters at town halls and cutting through the fog of misinformation and fear to connect Pennsylvanians with the law’s benefits.

Learn more about HearYourselfThink’s mission, and how you can help.