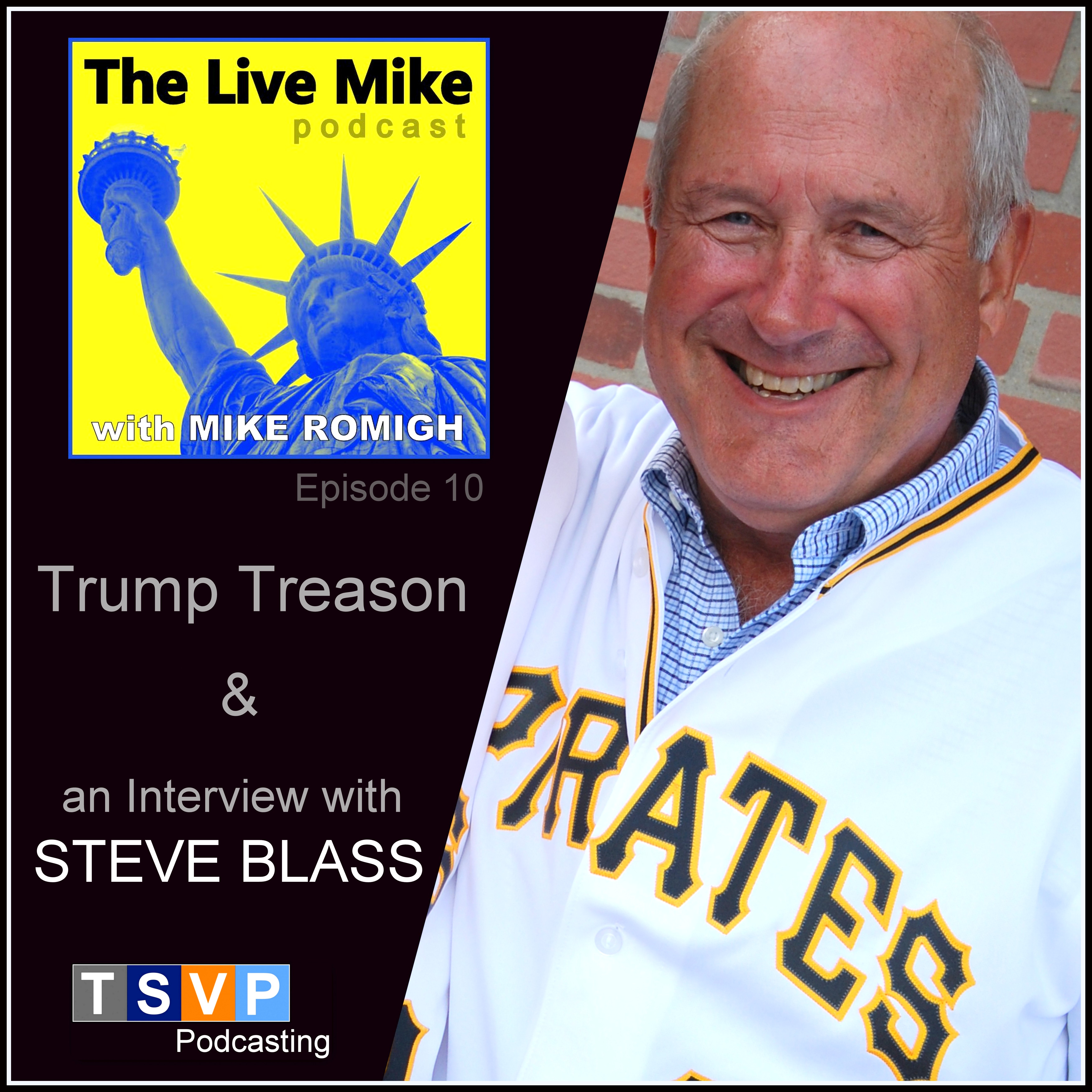 On episode 10 of the Live Mike Podcast with Mike Romigh, Mike examines the dictatorial & treasonous tendencies of President Trump and interviews former Pirates baseball great, Steve Blass about his book, A Pirate for Life. Steve Blass is a former Major League Baseball pitcher and long-time broadcast announcer for the Pittsburgh Pirates. From Amazon.com: "Exploring a pitching career that began with a complete-game victory over Hall of Famer Don Drysdale in 1964 and ended when he could no longer control his pitches, this book details the life of Pittsburgh Pirates great, Steve Blass. This insider's view of the humorous and bizarre journey of a World Series champion pitcher turned color commentator will delight Pirates and baseball fans alike. Recounting his first years in the Major Leagues and his battle with the baffling condition that would ultimately bear his own name, Steve Blass tells the story of his life on and off the field with a poignant, dazzling wit and shares the life of a baseball player who had the prime of his career cut short."   A Pirate for Life