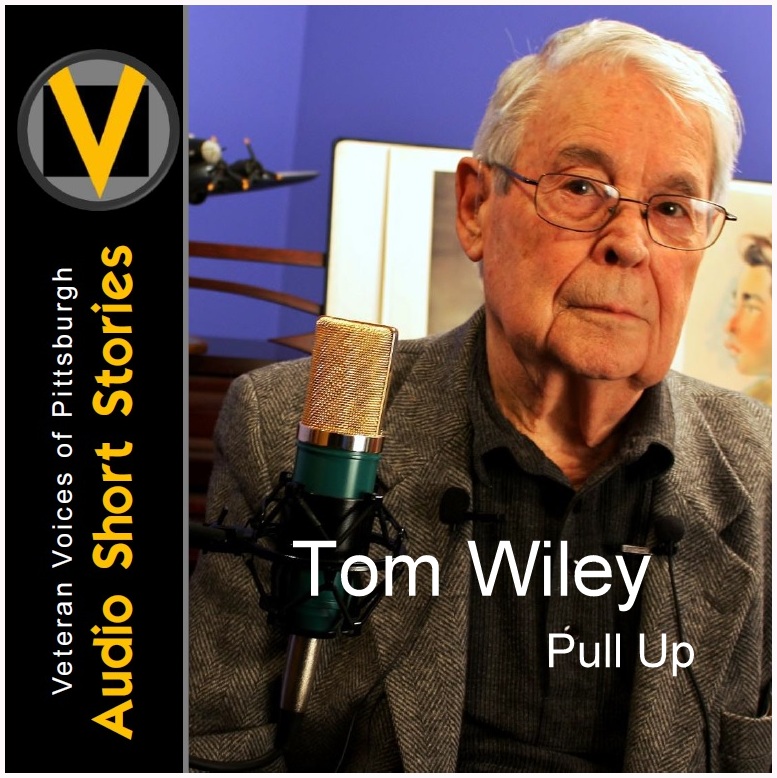 Tom Wiley of Pittsburgh, Pennsylvania flew more than 50 missions as a B-17 pilot in the 15th Air Force in Italy during World War II.  He never wanted to be a pilot.  He wanted to be a Marine, like his WWI veteran father.  But, as an ROTC cadet at Ohio State, he was ordered to remain in the Army after Pearl Harbor and thought the Air Corps would be the most interesting branch.

On his first mission, flying co-pilot over a lightly defended target, Tom saw an anti-aircraft shell explode outside the cockpit window.  “Ohhh,” he thought, “that’s what this is all about.”  He realized at that moment there was no way he would ever survive the war.

One day while walking across his air base at Foggia, Tom picked up a bolt he spotted on the ground and slipped it into his pocket.  That bolt remained with him through subsequent missions, a good luck charm.  After his final mission, Tom went to the edge of the field and threw the bolt as far as he could.  “That bolt had power over me.  And I wanted to break free of that power to go on with my life.”

But there was one lucky mission, a mysterious flight, that Tom can’t forget–or explain.  Listen as Tom recalls the strange circumstances and providence that saved his life that day.