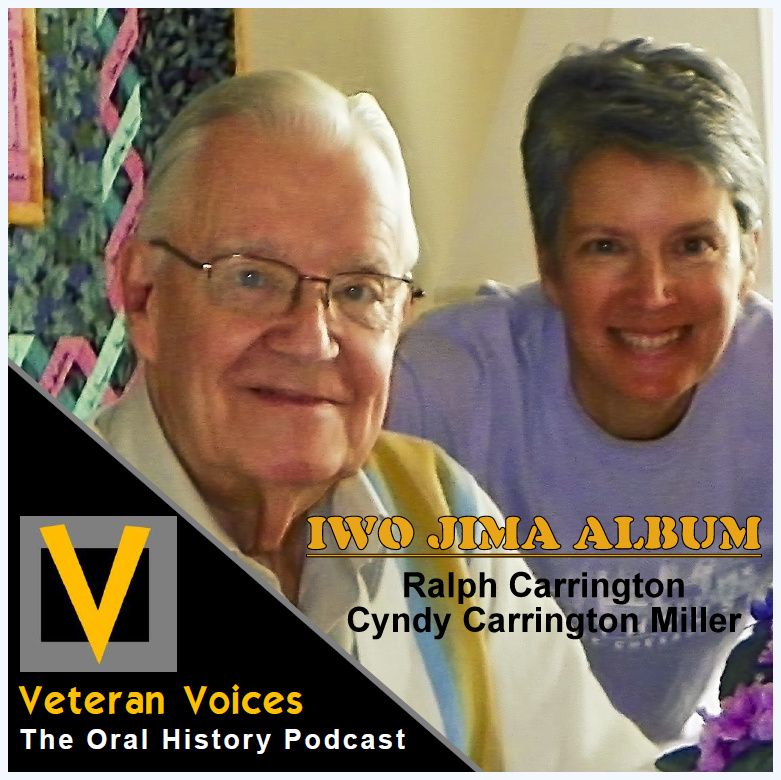 Ralph Carrington served with the Army Air Corps during WW II.  But he almost didn’t get into the service.  When he volunteered in 1942, it was discovered that he was colorblind.  But a year later, as the war escalated, Ralph was drafted into the Army and trained as an ordinance man.

Dissatisfied with waiting stateside, Ralph volunteered for overseas duty with a P-61 outfit–the 549th Night Fighter Squadron.  In the Army Air Corps at last, he and his squadron shipped westward to the Pacific islands to support the air war over Japan.  With Japanese holdouts still on the loose, the 549th was stationed on Iwo Jima.

Cyndy Carrington Miller never knew much about her father’s war experiences on the Pacific island, except for a few light-hearted anecdotes Ralph would relay over the years.  But after discovering her father’s photo album documenting his war years, Cyndy wanted to know the stories behind the images.  So she asked her dad about each of the many photographs, recorded his recollections, and then wrote a book featuring the memories of Staff Sgt. Ralph J. Carrington.