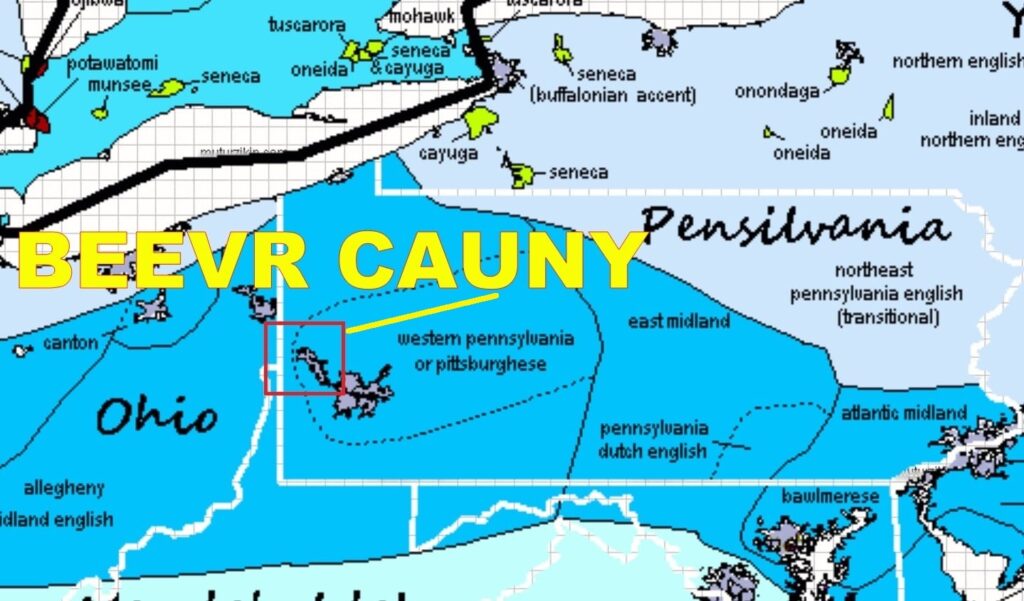 Once mostly referred to as Southern Mountain English or Smokey Mountain English, linguists now recognize the more inclusive term Appalachian English in reference to the unmistakable family of dialect(s) spoken throughout the entire Appalachian region covering 205,000 square miles, 420 counties in 13 states, and stretching more than 1,000 miles from Mississippi to New York including more than 25 million people.

Here in Beaver County we generally identify ourselves as native speakers of Pittsburghese, but our accent, grammar, phrases and words cannot be explained by Pittsburghese alone. In fact, what we say and how we way it in Beaver County is far more complicated and nuanced than just one dialect.

If you’ve been to various Walmart stores throughout Beaver County (a goldmine of sociolinguistic sampling), you’ve probably heard a wide range of dialects, including Black vernacular English from the urban river towns and the thick Appalachian drawls percolating up from the rural West Virginia hill country and the “Oh-hi-ya” river valley.

In northwestern Beaver County, closer to Great Lakes – Western Reserve country, it’s common to hear Midwestern accents wafting across the border from Eastern Ohio. Bearing down from the north is an admixture of Great Lakes tempered Pennsylvania Dutch. Pushing into Beaver County from the East is an erudite-sounding dialect gaining traction in the affluent suburbs of southern Butler County

The study of language is extremely complicated involving many different fields of study and perspectives, from anthropology to computational linguistics. But our exhibit here is mostly concerned with a better understanding the Appalachian dialect and its presence (or lack thereof) in Beaver County, Pennsylvania.

Dialect refers to the speech characteristics of a specific social/ethnic group or a geographical area or region. These characteristic features include pronunciation, grammar and sentence construction, phrases and words, and physical manner in which people express themselves.  In a wider sense, dialect may also include the shape and manner of art, literature, and other forms of storytelling–especially oral narratives. 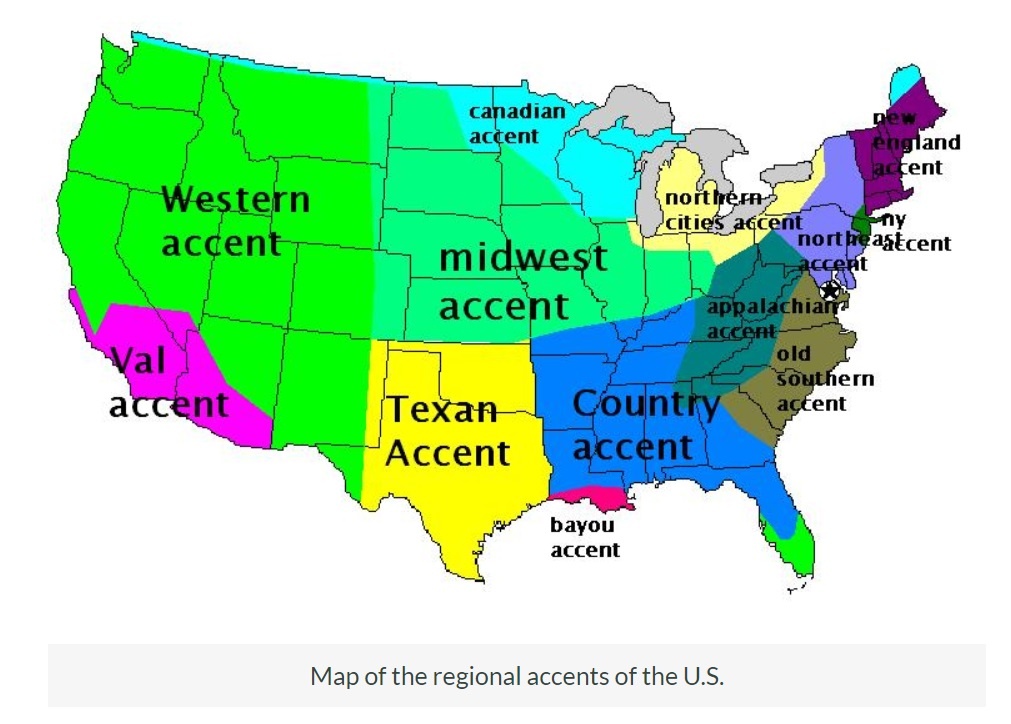 From: The Steel City Sojourn:  Journies through unique places in Pittsburgh – Pittsburghese 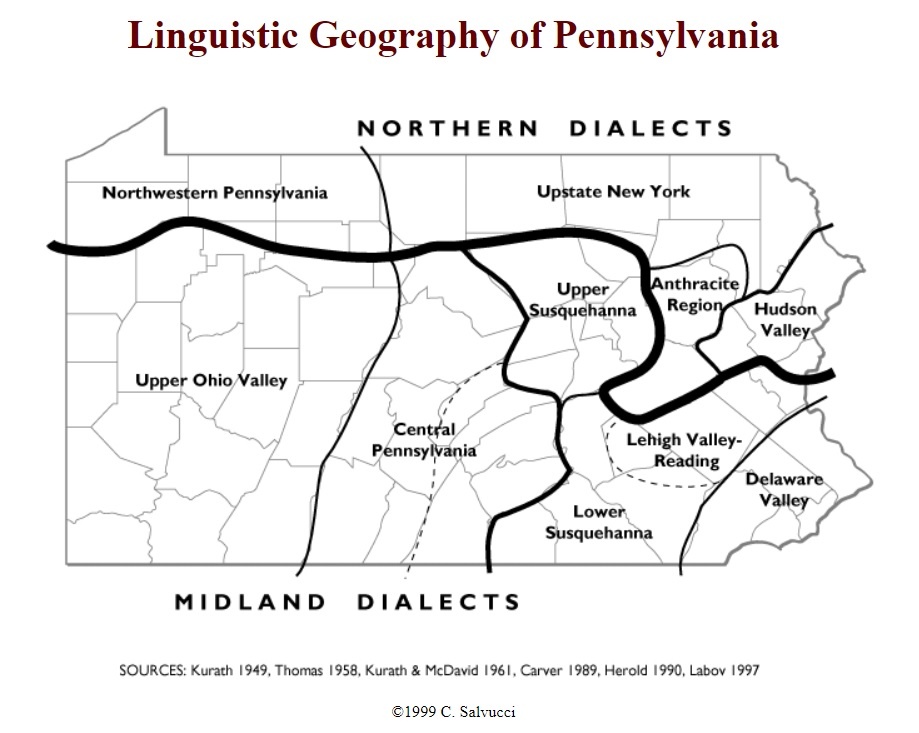 Geographical extent: Clearfield, Cambria and Somerset counties westward to the state border. The northern border runs above Mercer and Venango counties, and apparently continues through the middle of Forest, Elk, and Cameron. Outside Pennsylvania the dialect (with minor variations) extends into Youngstown Ohio; also Wheeling, the northern panhandle, and the Monongahela Valley in West Virginia.

Summary: Midland dialect of the Western Pennsylvania type. Scotch-Irish substratum; as “Gateway to the West” shows affinities with Midwestern, and Appalachian dialects.

Since the early part of this century, the Western Pennsylvania dialect has been demarcated by its merger of short O and AU into an intermediate vowel, so that cot and caught sound alike. Although recently this merger has been spreading into the northern and southern tiers of Pennsylvania.
The dialect’s lexicon owes a great deal to the Scotch-Irish frontiersmen who settled Western Pennsylvania and subsequently migrated southward down the Appalachian chain, mixing with Southern settlers from the Piedmont. The common Scotch-Irish base explains why the Midland dialect of the Pittsburgh area shares many similarities with the Southern dialects of the Appalachians such as the distinctive second person plural pronoun y’uns. A few Pennsylvania Germanisms have made their way into the dialect. Local to Pittsburgh is the flattening of the OW diphthong: aht (out).

From Linguistic Geography of Pennsylvania

Pittsburghese is often called Western Pennsylvania English, while some call it Pittsburgh English. Linguists recognize it as a distinct dialect centered on Pittsburgh, but traces of it can be found as far north as Erie, west in Youngstown, Ohio, and south in Clarksburg, West Virginia, and east through central Pennsylvania. Pittsburghese has linguistic roots among several ethnic groups (Scots-Irish, Pennsylvania Dutch, and many European immigrants such as the Polish, Hungarians, Italians, Slovakians, Ukrainians, and Croatians).  Although Pittsburghese is included in the Appalachian family of dialects–and it significantly shapes the linguistic landscape of Beaver County–it is not the focus of this exhibit. Instead, we are most interested in exploring and understanding Beaver County’s Appalachian roots more broadly in relation to the other Appalachian regions.

The comments and reactions posted to this video reveal fascinating perceptions (some conflicting) about West Virginia’s southern and northern dialects. Speakers that sound like Don Knotts can be found throughout southwestern Pennsylvania and the Upper Ohio Valley panhandle region that borders Beaver County.

Accent refers to the way speakers sound, especially in relation to other speakers in different social and ethnic groups and geographic locations. An accent generally marks the features of pronunciation, but can also include grammar and vocabulary variation.

Inasmuch as Appalachia can be divided into geographic and socio-cultural sub-regions (see the History section of this exhibit), accent differences and similarities are present as well among these regions. There is no single dominant, superior, or definitive accent that represents Appalachian English as a whole.

How do Beaver Countians pronounce these words?

Grammar refers to the structure of language, which tends to be different among social and ethnic groups, geographic region, and contexts of use.

Vocabulary, technically referred to as “lexicon,” refers to the words, terms, and short phrases (idioms) used in a language or dialect.

You might be Appalachian Beaver County if you know and use these words and phrases:

wvpublicnews · How To Speak Appalachian On The Front Porch

Back to the Beaver County History Podcast
Loading Comments...