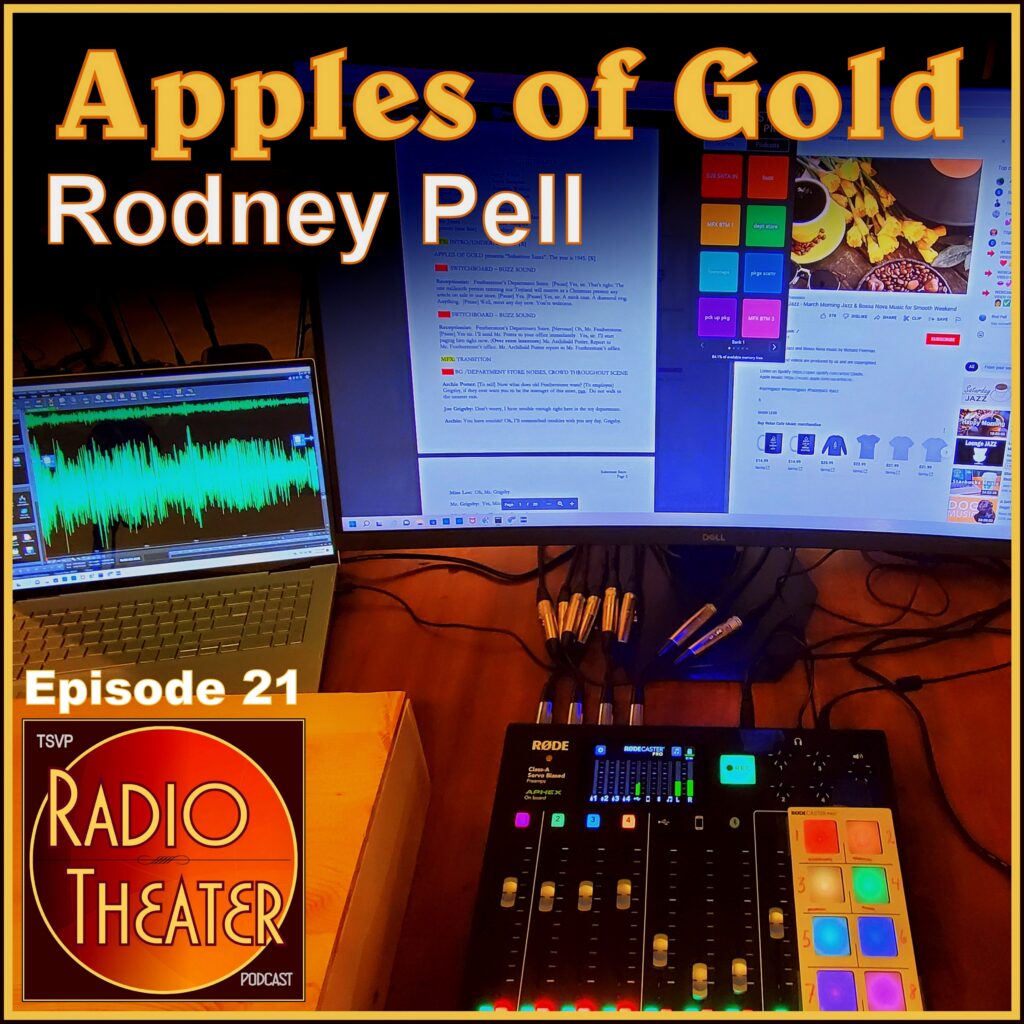 On episode 21 of the TSVP Radio Theater Podcast, we talk with Rodney Pell, producer and sound engineer for the Apples of Gold radio theater company in Huntington, West Virginia.

The show traces its origin to Rodney’s uncle, Bill Webb, who started out broadcasting a weekly devotional AM radio program nearly 50 years ago in Charleston, West Virginia.  Bill teamed up with his brother Danny Webb and together they started performing live theater plays of Christmas-themed scripts, which were followed by a devotion.
After Bill died in 2013,  Danny continued recording old-time style radio shows which he distributed to area nursing homes.  The plays involve friends, family, coworkers, physicians, or whomever Danny can wrangle to sit in and read.
Currently Rodney is marking his third year producing and engineering Danny’s shows, as well as performing a wide range of acting duties as necessary.  Apples of Gold productions can be heard on WCHS AM radio broadcasting from Charleston, West Virginia starting the first Friday after Thanksgiving (Black Friday).

Take a listen to two complete Apples of Gold productions

The Case of the Slaughtered Santa Clauses