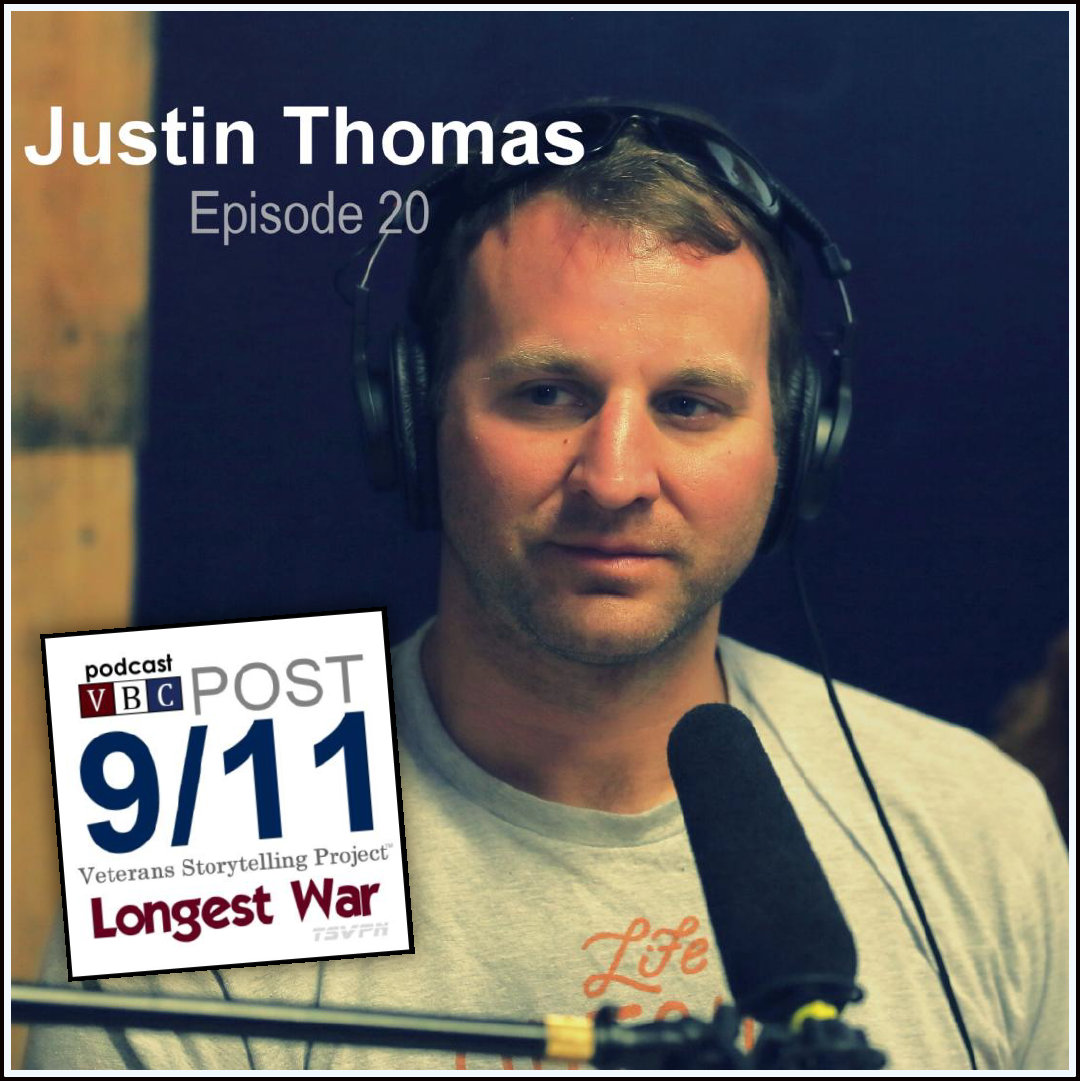 On episode 20 of Longest War: The Post-9/11 Veterans Podcast, we talk with military police officer and Army Reserve veteran Justin Thomas about the call to duty stateside on 9/11 and being among the earliest troops deploying to Iraq.