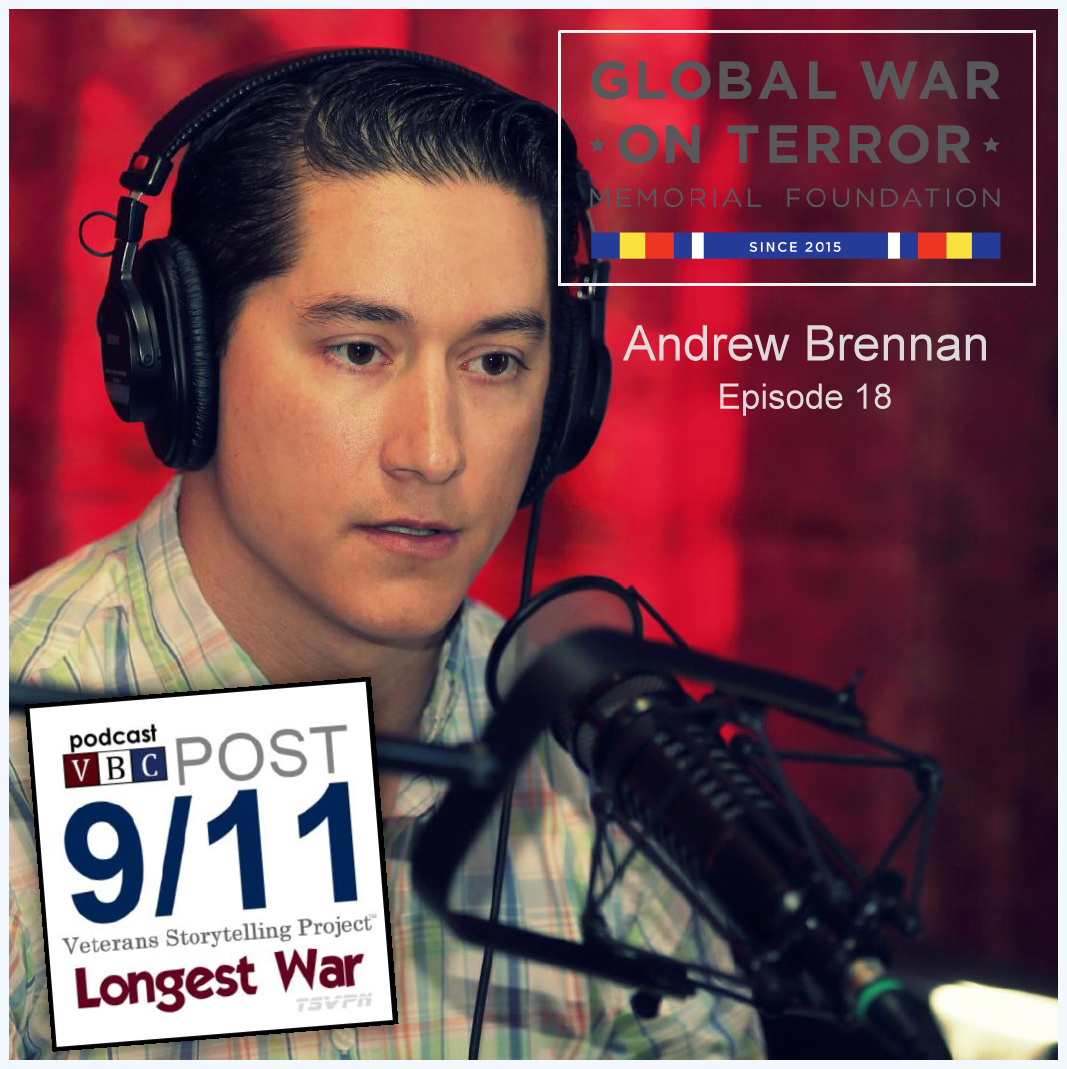 On episode 18 of Longest War: The Post-9/11 Veterans Podcast, we talk with Andrew Brennan, veteran of Afghanistan, army aviator, and executive director of the Global War on Terror Memorial Foundation.