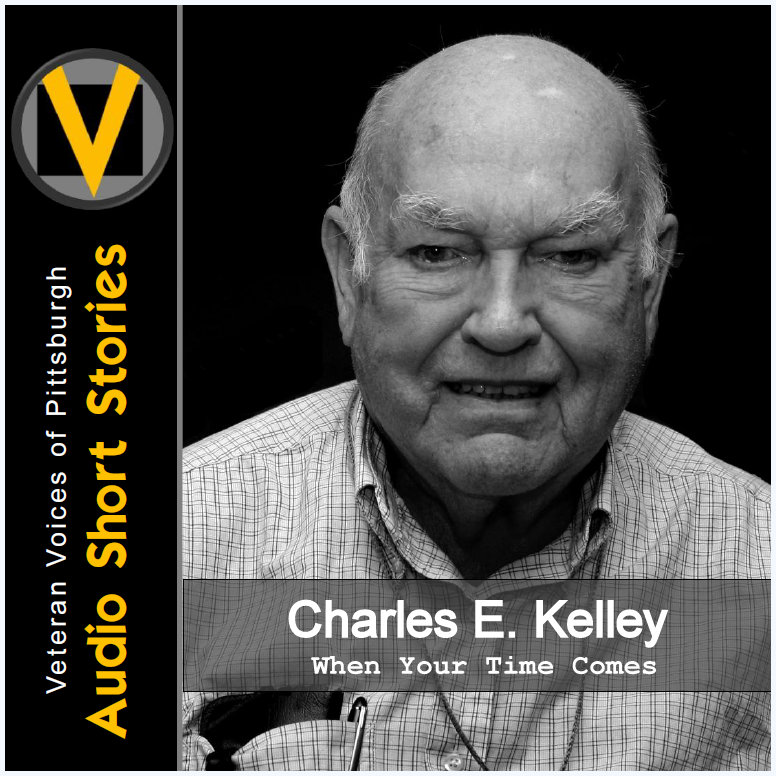 On this episode of Argot: Audio Short Stories from the Veteran Voices of Pittsburgh Oral History Collection, WWII veteran Charles E. Kelley of Pittsburgh, Pennsylvania shares a story about flying A-20 Havoc attack bombers over France. After high school, Chuck Kelley spent two years at Duquesne University but enlisted in the Army in the fall of 1942.  He was not called up for service until February 1943. It would be five years until Chuck would return to his accounting studies at Duquesne, supported, like thousands of his fellow veterans, by the GI Bill.

During the war Chuck Kelley was a bombardier, first aboard the A-20 attack bomber and then the newer A-26—the Army Air Corps’ supreme twin-engine tactical bomber.  By the summer of 1944, Chuck was flying regular missions against Nazi targets—sometimes twice a day.  He first flew from airbases near Corbeil-Essonnes in the north, and then Cucuron in the south of France.  Unlike the rotation for long-range strategic bombers, the mission quota for the more agile attack bombers was an astounding 62 missions.

“Sometimes your could tell when I guy…just cracked,” Chuck says softly.  He would get quiet.  If the Flight Surgeon took note, the affected man would quickly disappear from the unit.  The other men understood.  They were respectful.  No one knew how they would react on their next mission.  “When your time comes,” Chuck recalls a common sentiment among the flyers, “you’re gonna get it.”

The original interview was recorded June 2011 by The Veteran Voices of Pittsburgh Oral History Initiative. This audio short was engineered and produced by Kevin Farkas.