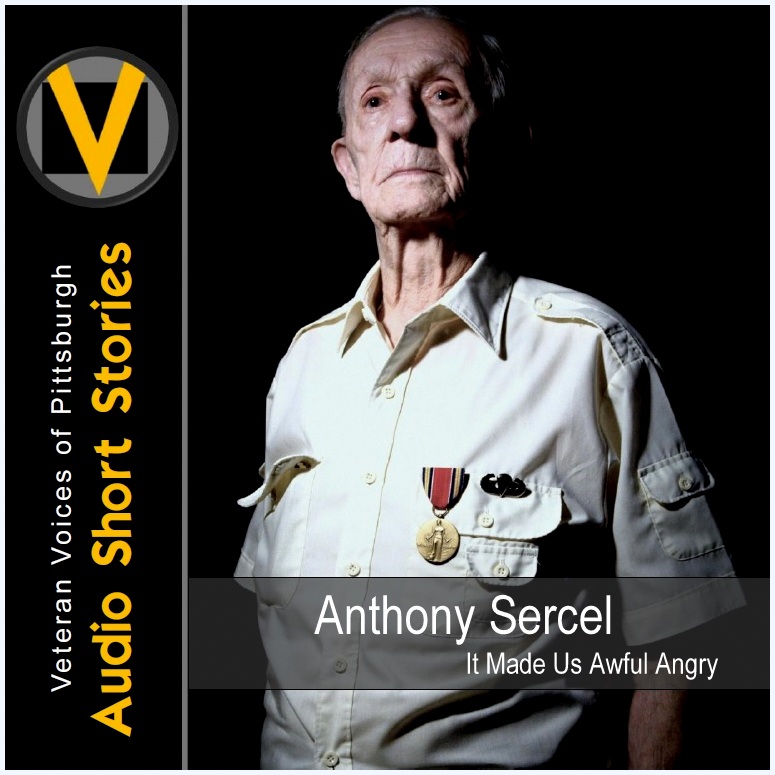 It Made Us Awful Angry | Tony Sercel Anthony J. Sercel of Aliquippa, Pennsylvania served with the Army’s 82 Airborne Division (504th Regiment, 3rd Battalion, I Company) in Europe during WWII. Unlike other units of the Division that prepared for and participated in the Normandy invasion, Mr. Sercel’s 504th Regiment was held back to fight in the Italian campaign–Anzio, Naples, Foggia, Rome.

It was here that the 504th got its nickname from the diary of a killed German officer: “American parachutists…devils in baggy pants…are less than 100 meters from my outpost line. I can’t sleep at night; they pop up from nowhere and we never know when or how they will strike next. Seems like the black-hearted devils are everywhere…”

In April 1944, the 504th returned to England. While the rest of the 82nd participated in the June Normandy invasion , the 504th waited until September, when it then became the first of Allied troops to land in the Netherlands (Operation Market Garden); it would be the largest airborne operation in history.