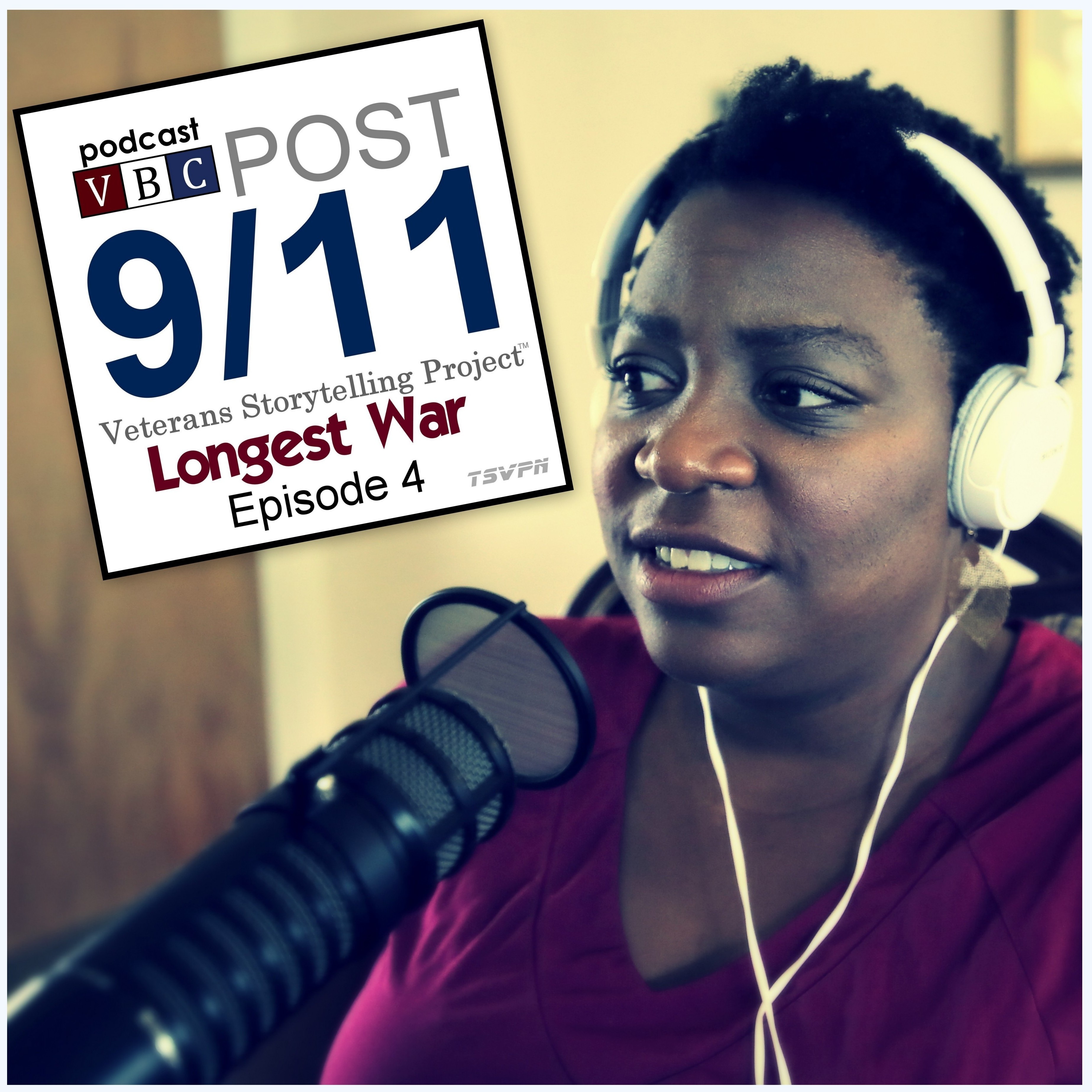 On episode 4 of Longest War, the podcast of VBC’s Post-9/11 Veterans Storytelling Project, we have an in-depth conversation with Michaela Diallo of the Pennsylvania Air National Guard, about joining the Reserves, deploying to Manas AFB in Kyrgyzstan, helping veterans through PA Serves, racism, and being a mom in the military.