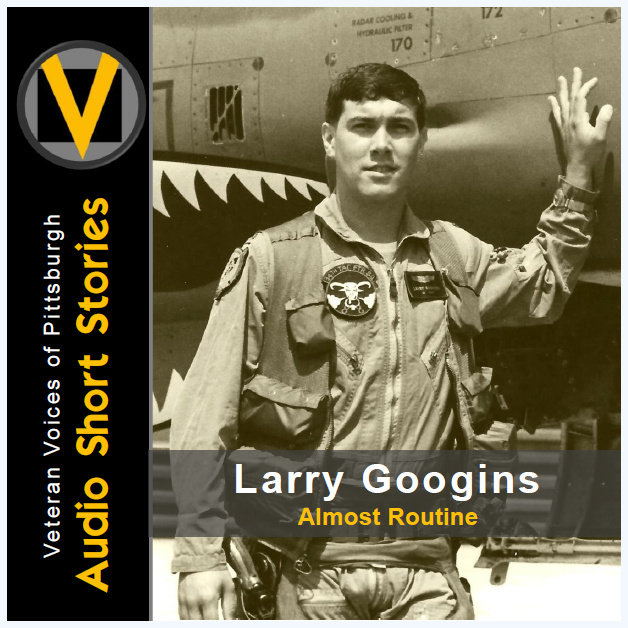 Larry Googins of Beaver County, Pennsylvania is a native of Portland, Maine.  As a kid, raised by his widowed mother and grandmother, his family avidly followed the Korean War through radio reports.  A decade later, news about Vietnam came by way of black and white television.

“When I went to college,” Larry says, “I thought the Vietnam War would be over by the time I graduated in 1967.”  He was wrong.

Listed as 1A by the draft board and certain to go into the Army when his number came up, Larry took initiative and volunteered for the Air Force and Navy.  He wanted to fly, and both branches wanted to train him.  He chose the Air Force and became a navigator, then pilot, and he flew nearly 200 missions throughout Southeast Asia.

“The first ten missions you’re scared to death,” Larry admits, recalling a common experience for many pilots. “After that, it becomes almost routine, like a daily job.”

Of course, the possibility of being shot down was very real.  Did Larry worry about that much?  “Sure,” he says. “I remember some missions that I thought were my last.”