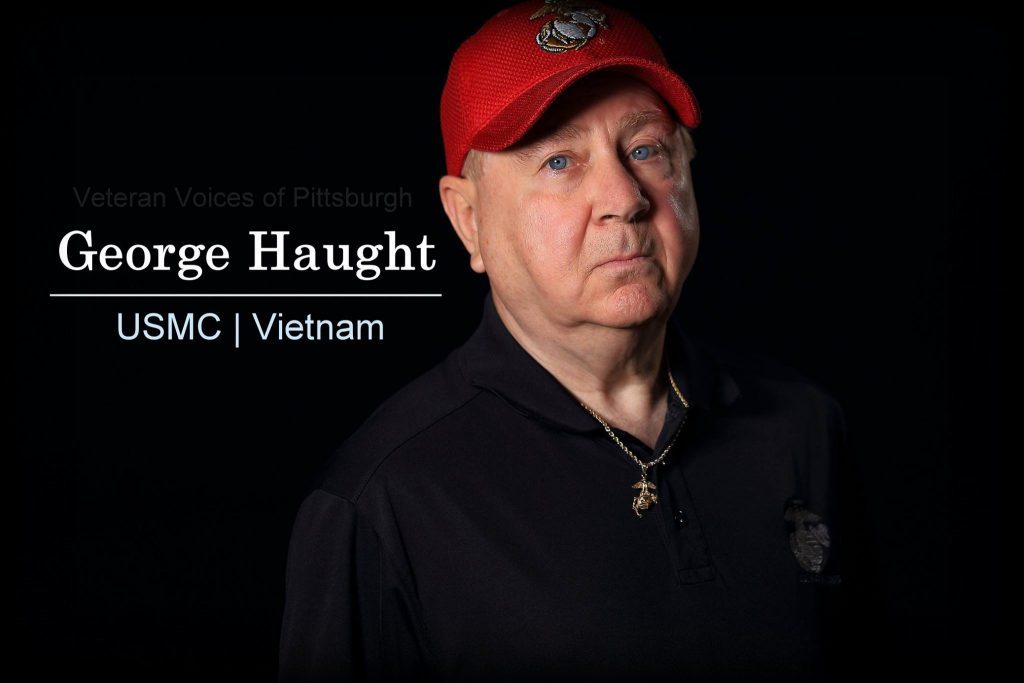 DESCRIPTION: “Veteran Voices: The Oral History Podcast – Video Short. It was a chance encounter between two strangers who learned that they shared a remarkable story. Vietnam War veterans George Haught of Monaca and John Clark of Pittsburgh, Pennsylvania served in the same Marine unit in 1967, but neither knew each other. John left the unit just a month before George arrived. Their Marine Corps connection, which neither knew about until meeting at a veterans storytelling event in Pittsburgh, dates back nearly fifty years and also to Marine Corps Private First Class Melvin E. Newlin of Wellsville, Ohio. After hearing John share his traumatic story about fighting on Hill 661—“The Coal Mine”—George did a double take. “Did you know Melvin Newlin,” George asked? John did, of course. “He was my cousin,” George said in astonishment. “Oh, “ John replied delicately,” I was one of the guys that picked him up and put him in a body bag.” Later, John would also help document the heroic actions of 18 year old Melvin Newlin, posthumously awarded the Medal of Honor.”