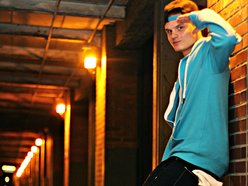 “Rich Wilson born and raised in Beaver Falls, PA in the outskirts of PGH. Started his musical endeavor at the age of 14 making beats and testing out fx and sounds. After years of mastering his craft he is now 20 years old and is a student of the game. Recording at various local studios in the PGH area has become a significant up and coming Producer/Rapper/Musician in the area. With music videos like “Am I Dope” which have reached views up to 100K+. Rich plans to move forward with his career in music and invest time and money into his craft with the end plan of being a known music figure in the industry. Rich has been featured on tracks from KR$Z’s mixtape as well as his own he’s currently in the process of finishing with feat. from KR$Z,Yung Gade,Young Hoag, and other local and nationwide artists.”