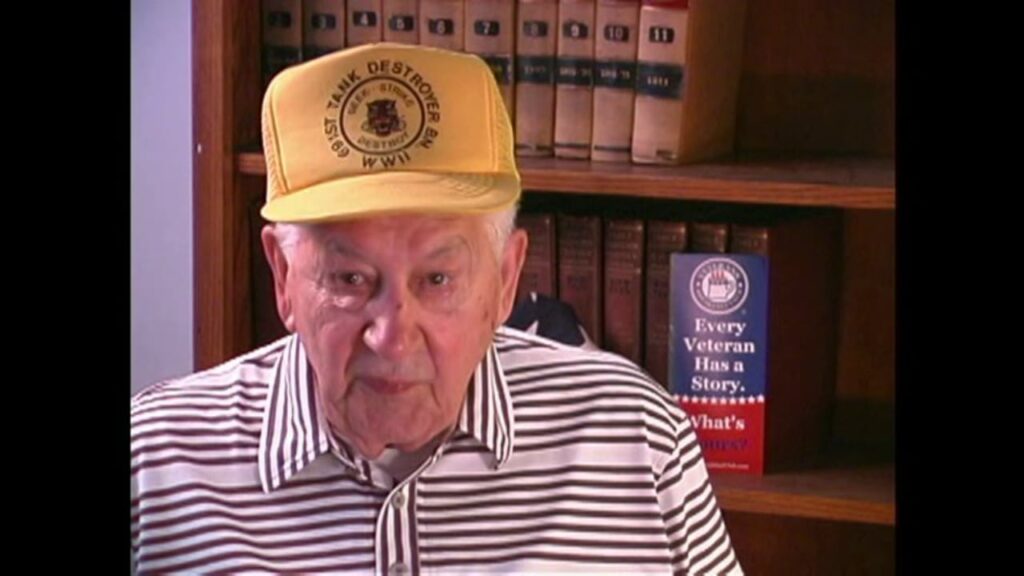 George Tita: In My Own Words

George Tita of Koppel, PA was drafted soon after the attack on Pearl Harbor and, along with his childhood friend, Pete, served with the 691st Tank Destroyer outfit. After a stint in Bowie, TX, the outfit moved to Louisiana to finish their training. In March of 1944, the cadre shipped out to England, and though George and the Tank Destroyers were set to follow in April, undisclosed circumstances prevented them from making the trip. Because of this, George was fortunate enough to have still been in the states when D-Day hit.

George had more than a few brushes with death, but always managed to get out alive. Sixty years later, the terror in his voice is palpable when he recounts his first shelling experience when, dug into a hillside in France with Pete, he missed a German soldier’s bullet by mere inches. Another time, patrolling in the Jeep during a frighteningly cold winter near the Swiss border, George would have died of hypothermia if it weren’t for his fellow soldiers literally pushing him out of the vehicle. Even now, George has a sort of reverence when recalling these events and is still awed by his good fortune. “It just goes to show you, my luck and the way it worked out all the time,” he says.

This community oral history recording from Beaver County history has been inducted into the Listening Library of Beaver County.