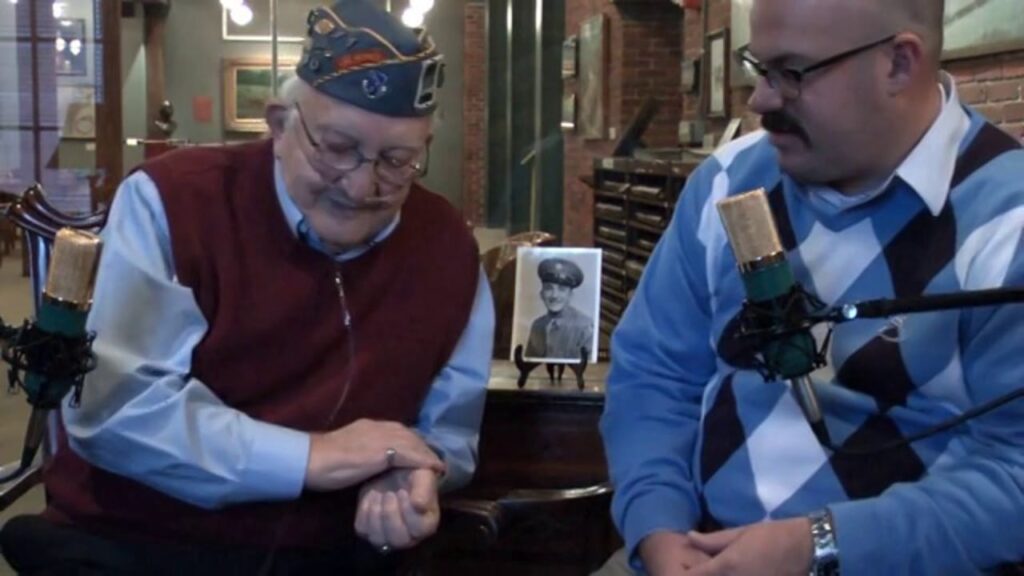 Felix Cistolo: In My Own Words

Felix Cistolo was drafted in 1942 and assigned to the 80th Infantry Division. He arrived in France on Aug. 4, 1944, and was sent immediately into combat at Falaise Gap, where the Allies killed 10,000 German troops and trapped another 50,000, although some 20,000 Germans troops managed to escape to fight another day. He was wounded by artillery shrapnel at St. Genevieve on Sept. 13, 1944, nearly losing his right leg, and spent almost three months in the hospital in England. He was released in time to rejoin his outfit for the Battle of the Bulge, where he suffered frozen feet and what he calls a “slight wound that didn’t amount to anything.” After two more months in the hospital, he returned to his unit for the end of the war.

This interview is a production of the Veteran Voices of Pittsburgh Oral History Initiative (Farkas Collection), in partnership with the nonprofit Veterans Breakfast Club. It was recorded at the Heinz History Center, Pittsburgh, PA, November 23, 2012, as part of StoryCorps’ National Day of Listening.