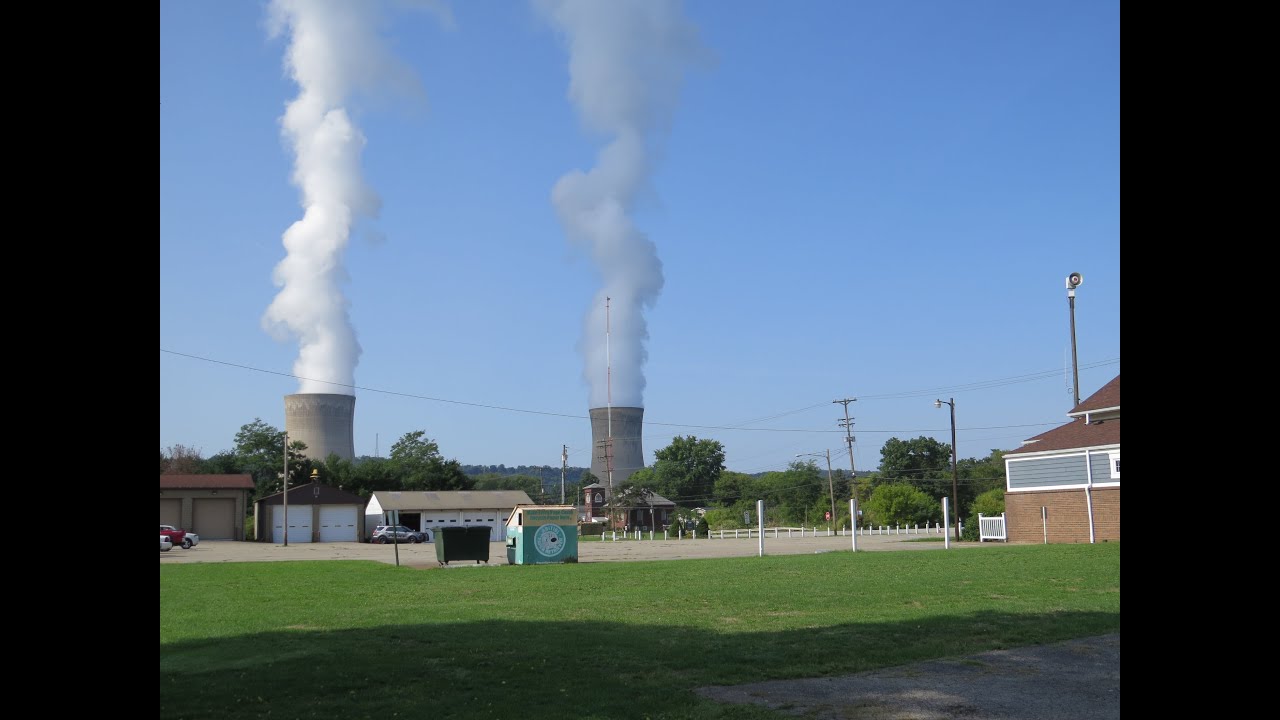 DECSCRIPTION: “This was an awesome experience and will go down in the books as one of my favorite siren tests I have attended. This is also my first time using a double shot in my videos, so let me know what you think of it.

“On Thursday, September 10, 2020, at 11 am; Beaver Valley Power Station conducted their annual siren test. Ever since I mapped the entire system by hand, a feat that took many months of work, I wanted to come out to Beaver Valley to hear another Energy Harbor nuclear system comprised of mostly these Equinoxes along with many other variants of the 2001 series sirens. This marks the first time a Beaver Valley test has been filmed up close since 2014. This is also my first successful siren test outside the State of Ohio.

“Bruin (StormWarning04) and I came out to un-recorded Siren Number 1 in Shippingport at the Municipal Building. This siren is the closest to the plant and offered us an awesome shot of the cooling towers in the background. This Equinox is one of the newest sirens in the system, having been installed in 2017, replacing a 2001-SRNB; the pole and controls of which were re-used for this siren, hence the older steel rectifier. That 2001-SRNB had replaced an ACA Allertor around 2004.

“After the test we took pictures of the single tone Banshee on top of the Shippingport VFD (which is used as a fire siren but not tested), and then went to Hanover Township to take photos of the abandoned ACA Allertor missing its top projector horn.

“Beaver Valley is unique in that it contains just about every variant of 2001 siren; the 2001-SRN, 2001-SRNB, 2001-130, and Equinox. The current system replaced a system of 110 ACA sirens, comprised of Allertor 125’s and dual-tone Banshee 115’s (installed in 1981/1982) over the years. There are 118 sirens in the current system, being installed throughout the 10-mile EPZ in Columbiana County, Ohio; Beaver County, Pennsylvania; and Hancock County, West Virginia.

“Beaver Valley conducts full-scale siren testing once per year, usually on the First or Second Thursday in September, with dates and times being announced about 48 hours prior to the test.”