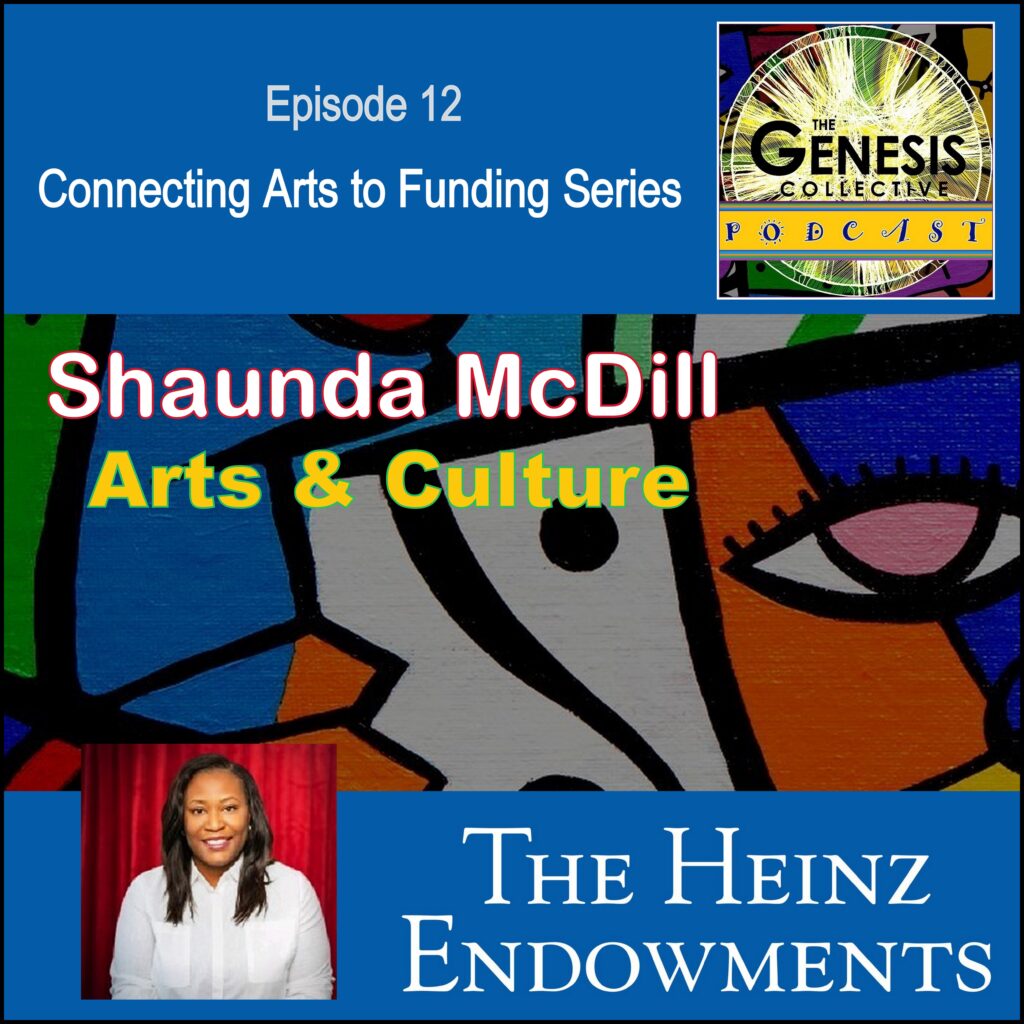 Follow the money or your dreams as an artist? You might be surprised by what Shaunda has to say.

Shaunda has been with the The Heinz Endowments since 2017 as the Creativity Strategic Area’s Arts & Culture program officer, after more than a decade of nonprofit executive and arts management experience. She has worked for theater companies across the country, including The Goodman Theatre of Chicago, Second Stage Theatre, Yale Repertory Theatre, Pasadena Playhouse and Cornerstone Theater Company. She also founded demaskus, a nonprofit, service-oriented collective of artists and administrators who produce theatrical projects sharing stories of the marginalized.

In Pittsburgh, Shaunda served as vice president of programming and cultivation at the August Wilson Center for African American Culture, where she managed all artistic and educational programs, and oversaw a $1 million programming budget. As the Pittsburgh Cultural Trust’s director of public relations, she headed both national and local public relations campaigns, including the North American premiere of Florentijn Hofman’s Rubber Duck Project, which generated more than $10 million in direct spending in the city.

Back to the Podcast Page