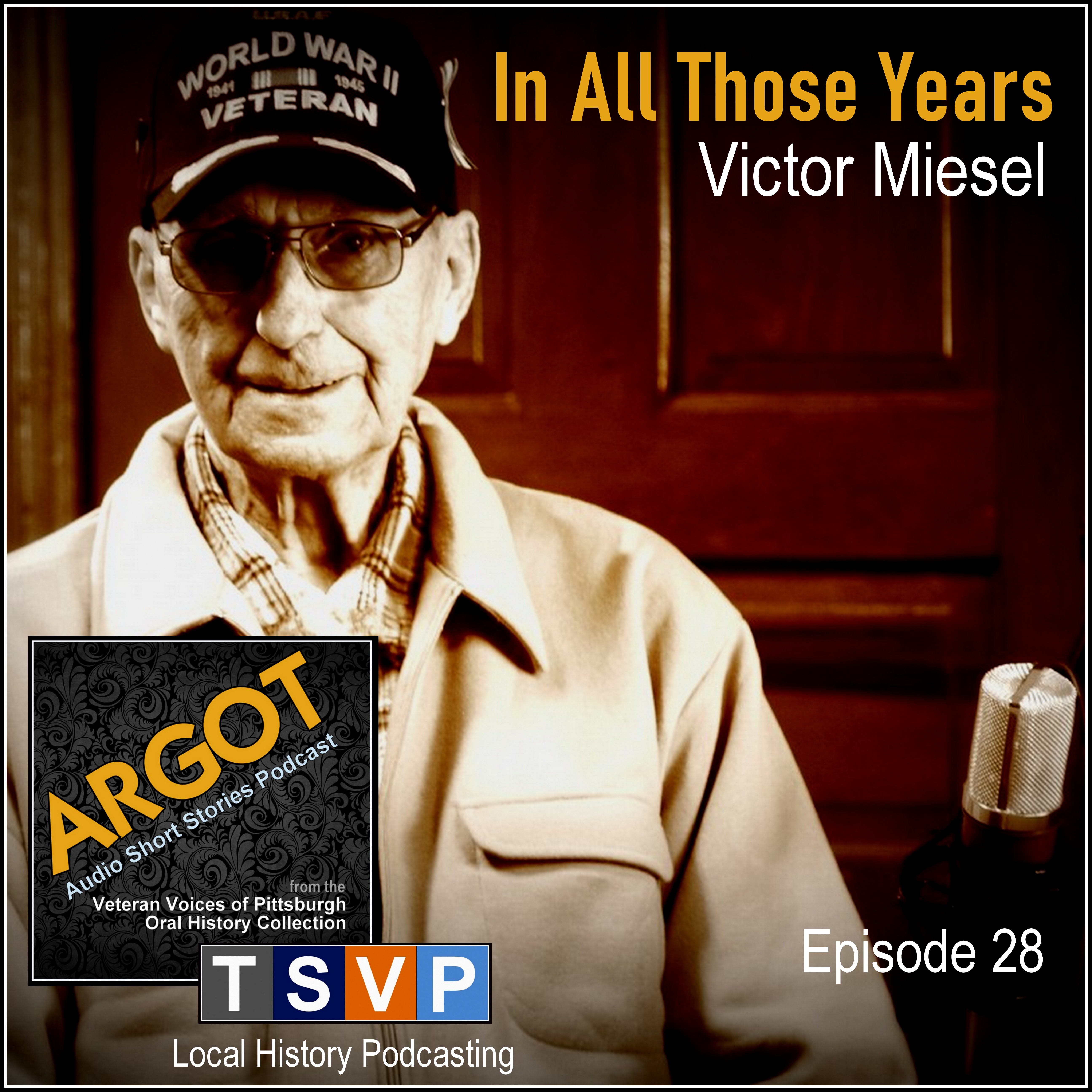 In All Those Years

In this episode of the podcast, WWII Army Air Corps veteran Victor Miesel of Tionesta, Pennsylvania talks about his coming home from the Pacific Islands at age 26.  At age 80, Victor realized that his family had never asked him about his service, and so he decided to share his story so that future generations will not forget what he and his fellow soldiers endured. Victor Miesel spent the war years in the South Pacific serving with the Army Air Corps. His support role kept planes flying and helped move forward the massive Allied build-up towards Japan. Although he served in the rear of the front lines, his squadron repeatedly came under attack and suffered tremendous casualties. Yet, despite the dangers, Victor and his outfit carried out their duties with speed and efficiency–they had to. “We assembled thirty trucks one day,” he says proudly. “The boys up front needed them and we delivered.”

Like so many other GIs after the war, Victor put his experiences behind him and started a new life with his family. Only decades later–at age 80–did he realize that no one had ever asked him about his service. Then, after so many years he began to share his story. At the time of this interview, Victor was 94 and still telling his story so that future generations will understand the sacrifices veterans made during WWII.

Victor Miesel died in January 2019 at the age of 98.  His obituary reads: “Vic loved to help other people and was always willing to offer his advice or service. His last years were spent being extremely proud of his military service and could always be seen wearing his World War 2 Veterans Hat. He loved when people stopped him and thanked him for his service which happens quite often.”

This episode was produced October 15, 2019.  It is based on the oral history interviews with Victor Miesel originally recorded in February 2014 in Tionesta, Pennsylvania.  Audiography: Kevin Farkas. Music (available on SoundCloud.com): Daniele Casolino (“November While Time is Dropping Down”). ©Argot: Audio Short Stories Podcast/The Social Voice Project, Inc.  All rights reserved.