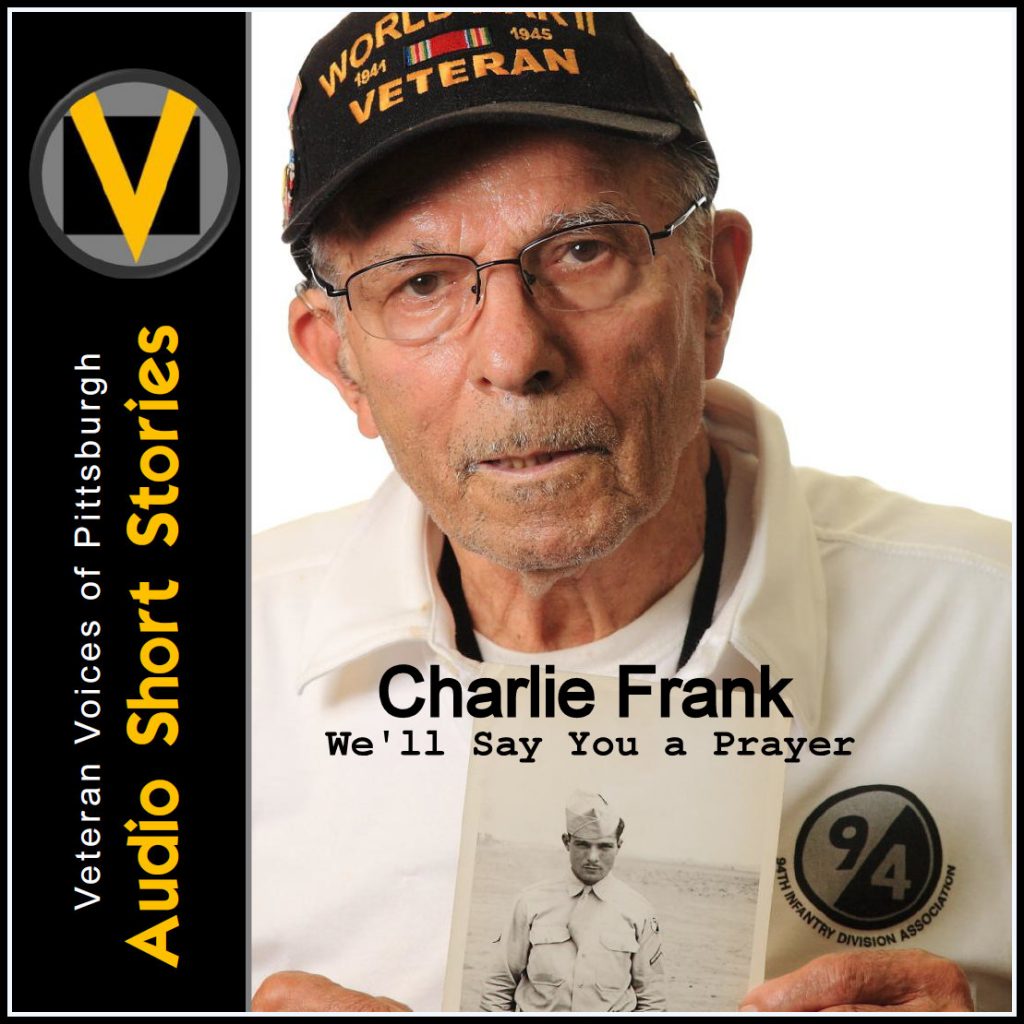 On this episode of Argot: Audio Short Stories from the Veteran Voices of Pittsburgh Oral History Initiative Collection, WWII veteran Charlie Frank of Rochester, Pennsylvania shares a story about witnessing the fatal wounding of his assistant squad leader.

Charlie Frank, Sr. of Rochester, Pennsylvania was drafted in late 1942, picking up the 94th Infantry in Kansas for a year of training.  He finally came ashore in Europe D+94 at Omaha Beach, “still littered with helmets and rifles.”  Charlie and The Pilgrim Division would then endure more than 209 days of combat in the campaigns of Northern France, Rhineland, Ardennes-Alsace, and Central Europe, including the Battle of the Bulge.

At 94, he’s developed a sense of perspective over the years.  “There was only about four of us left in our squad for awhile,” Charlie replies.  “I guess the good Lord didn’t want me.”  Did he ever think of the danger?  “I wouldn’t say that I wasn’t scared, but I didn’t pay too much attention to it.”