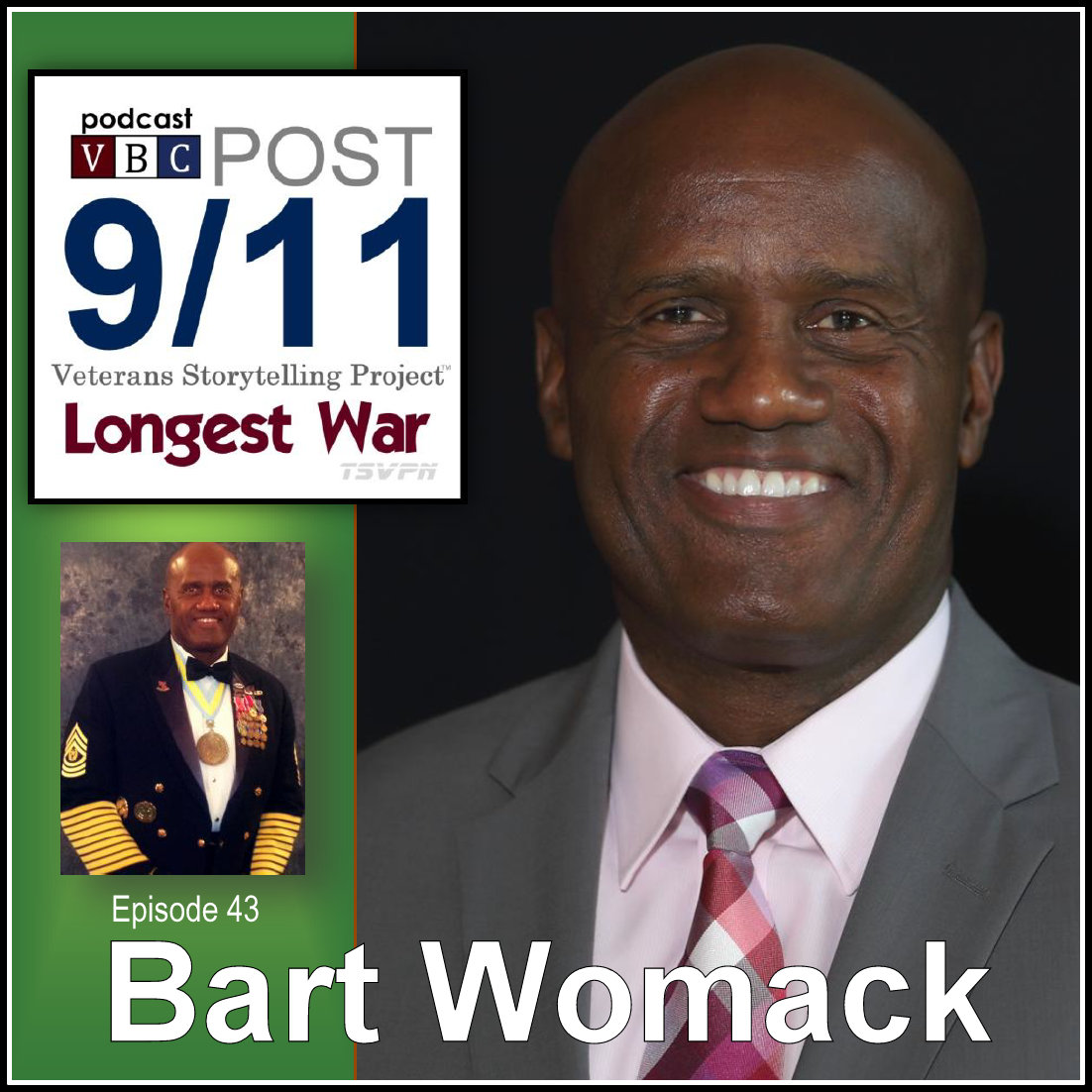 On episode 43 of Longest War: The Post-9/11 Veterans Podcast, we talk with Command Sergeant Major Bart Womack about no interest in joining the army, North Korean defectors, guarding the Tomb of the Unknown Soldier, the importance of senior enlisted leadership, and surviving the massacre at Camp Pennsylvania in Iraq.

(This episode does not contain explicit language or subject matter)