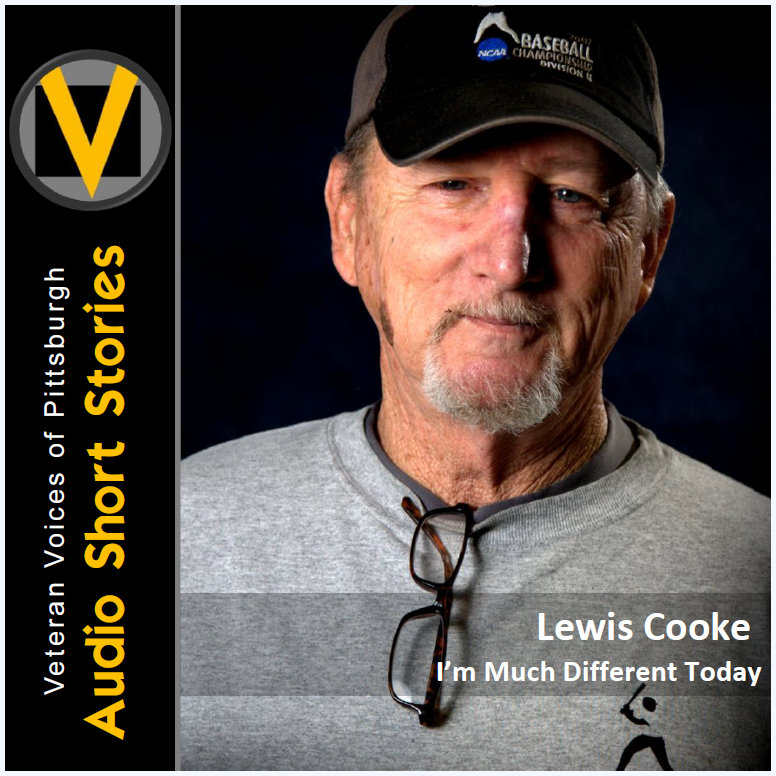 On this episode of Argot: Audio Short Stories from the Veteran Voices of Pittsburgh Oral History Collection, Vietnam veteran Lewis Cooke of Tionesta, Pennsylvania shares a story about his buddy Arnold Benson and the inadvertent keepsake Arnie left behind.

Lewis Cooke of Tionesta, Pennsylvania grew up in Rhode Island.  As a young man he was a merchant mariner, but in the mid 60s he was drafted into the Army during the Vietnam War.

“That year in Vietnam was the worst of my life,” he says with humor rimmed sincerity.  “I can’t believe I made it out alive.  Just stupid luck maybe.”

Lewis’ infantry job was to “seek and destroy” the enemy.  That meant countless helicopter trips deep into the jungle, where his squad would roam the countryside for days and weeks with one goal—to kill the enemy.  “We weren’t on good will missions, and I’m not proud of that,” Lewis says.  “I had a job to do, but I never wanted to hurt anyone.”

The original interview was recorded in March 2014 by The Veteran Voices of Pittsburgh Oral History Initiative. This audio short was engineered and produced by Kevin Farkas.