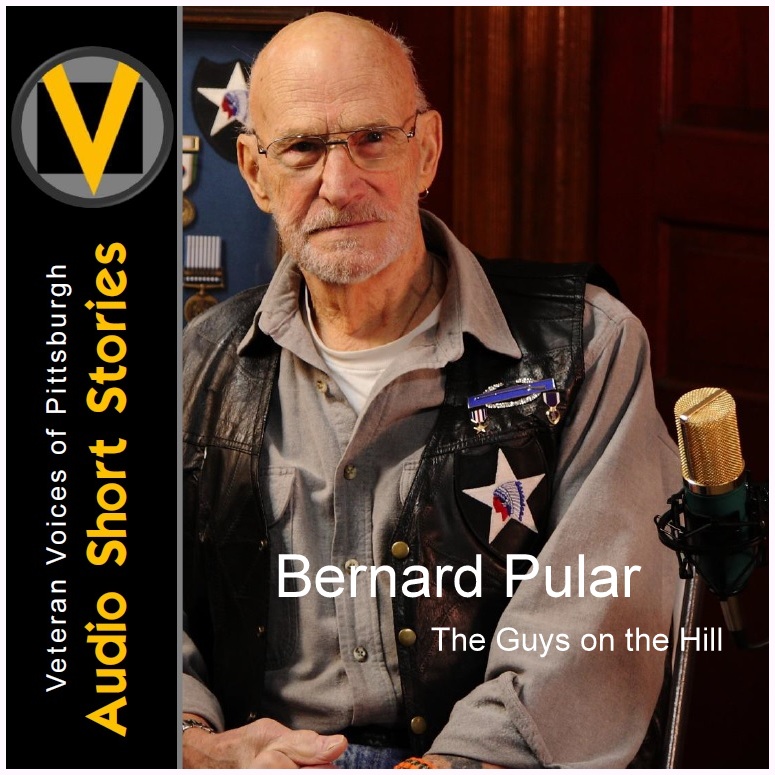 The Guys on the Hill | Bernie Pular Bernard Pular of Tionesta, Pennsylvania served in the Army during the Korean War. One day on a routine mission he engaged the enemy—Koreans or Chinese—it didn’t matter. They were trying to kill him, so he returned the gesture.

That’s when “The Pollack”—as his men called him—was cut down by a machine gun. His legs were torn up, but he was able to return fire, saving the mission and his comrades.

For his actions Bernie was awarded two Purple Hearts and the Silver Star medal “for conspicuous gallantry and intrepidity in connection with military operations against the enemy in Korea, while serving with Company B, 38th Infantry Regiment, 2d Infantry Division, on 1 September 1951.”

“I don’t think I deserved the medals,” Bernie says demurely. “The guys up on the hill did. Some of them saved my life, and then some of them never came home. They’re the real heroes.”

Bernie’s short time in Korea ended after he was wounded and sent home to recover. What was Korea like? “I thought it was a beautiful country,” he says, “until we destroyed it.”