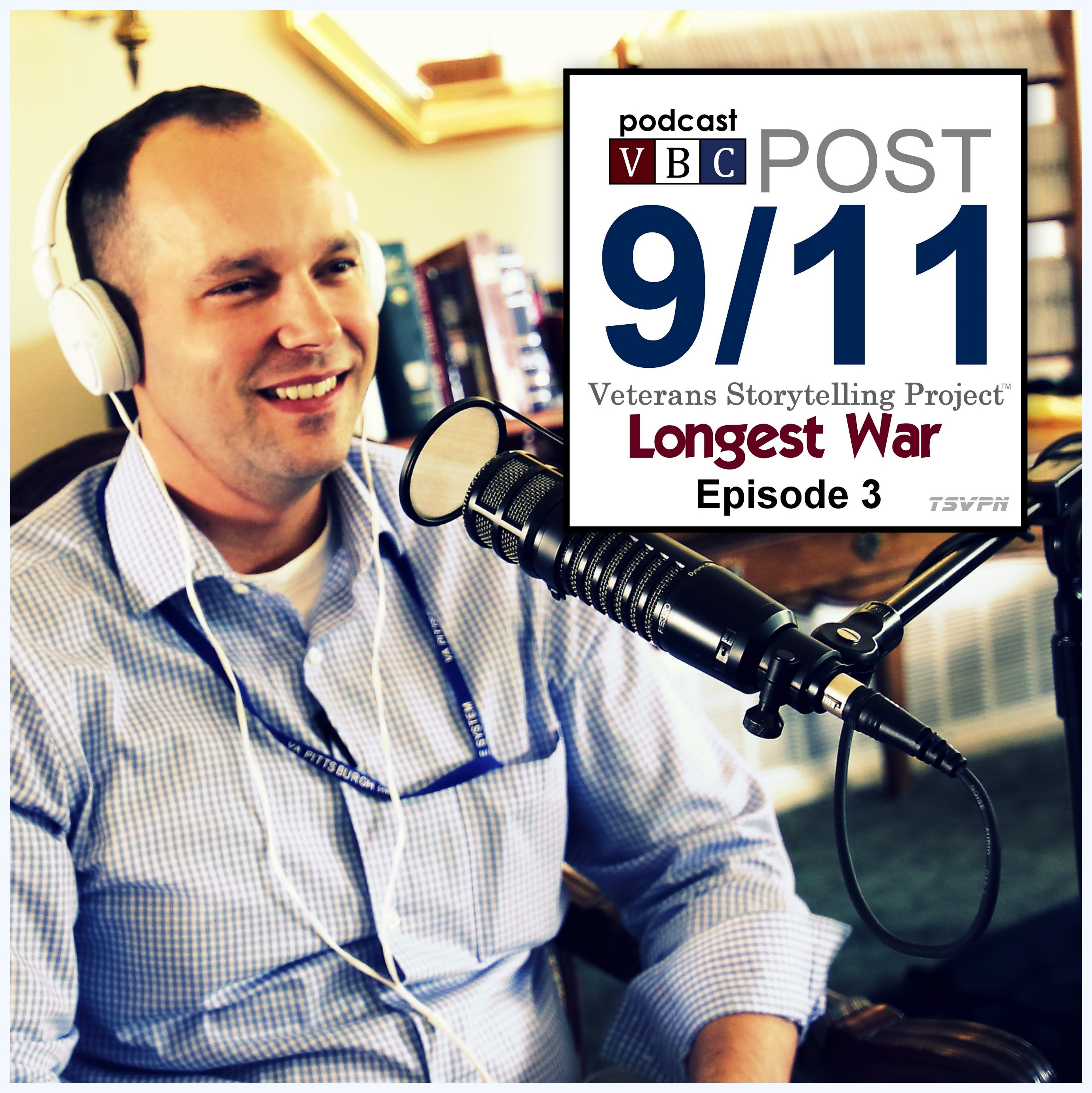 On episode 3 of Longest War, the podcast of VBC’s Post-9/11 Veterans Storytelling Project, we have an in-depth conversation with Pa National Guard veteran, Ryan Ahl, about deploying to Iraq as an infantryman, post-traumatic stress, commissioning as an officer, and helping fellow veterans though the VA’s community-based Vet Centers.