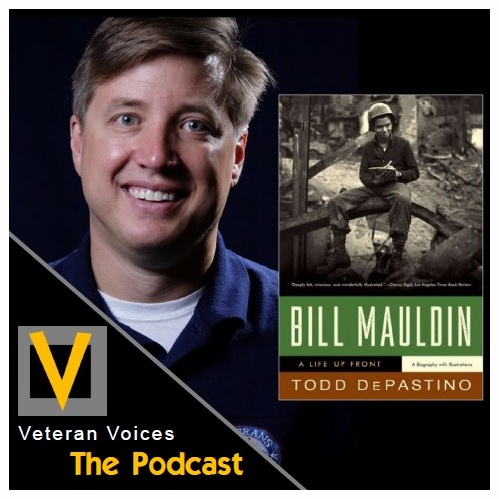 Todd DePastino | Bill Mauldin: A Life Up Front     Todd DePastino says that famed cartoonist, Bill Mauldin, was “a self-described ‘desert rat’ who rocketed to fame at the age of twenty-two, capturing the world of the American combat soldier during WWII.  His cartoon, Willie and Joe, appeared in Stars and Stripes and hundreds of […]