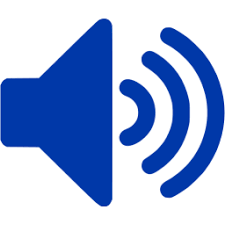 My name is Shelby Cole and I am 22. I was born and raised in Rochester, Pennsylvania. It’s in the county of Beaver about 30 miles north of the City of Pittsburgh. I have been performing, modeling, singing and dancing since the age of 5. My mom was a very well local known female ventriloquist and worked with an agent of Ed Schaughency’s (who was in KDKA radio). She began to let me perform Christmas songs solo at her shows. I really liked making people smile and loved to perform in front of others.

I listened to music all the time and learned the words and would sing all kinds of music. People wouldn’t have to ask me I’d just stand up and sing. I then entered talent shows, which in 1992 has the unique opportunity of being in several shows with Christine Aguilera at our elementary school (Rochester). I was asked to perform a show at a local event as a backup act to Christine. I am also an accomplished ventriloquist since the age of 8. I also was modeling, acting for an outside theater group, in plays, dancing and shows. I also am registered with Nancy Mosser Casting Agency, Pittsburgh for parts in movies since I was 15. I began to get people asking me to sing the National Anthem for local organizations and started to compose and write my own music and lyrics. I realized that my love for music was calling me. I then entered a contest for Hill’s Department Store and won 1st prize for writing and singing a jingle when I was 10. I won a college scholarship and my jingle was featured on a TV commercial. I was flown to a recording studio and it was the most exciting time of my life. I realized that singing was my passion. As I got older I would sing at all local events and I continued to write music. I did and I was very well received. In July 2000, mom sent my music to The Attic, in Myrtle Beach and the manager listened to my demo and said come on down. I was the first solo singer to perform on stage at the Pavilion in 5 years not going through a booking agency. I also opened up for a look a like group at Coconuts in the strip sponsored by B-94 in Pittsburgh 2001. I continued singing events for my senior year of High School. I especially enjoy singing and my experiences at McGuire Memorial Home for the handicapped children at Christmas.

In 2004 to current I have been writing more songs. I graduated Dec 2004 from Penn State with a degree in Business and minor Marketing and Management. My plans are to market musician’s songs for the music industry. I have continued singing events singing the National Anthem for groups like the Pittsburgh Hockey Team, The Meadows, Washington Wild Things and other events in 2004, still maintaining my presence in the area as well as the Pittsburgh College Hockey Showcase (Pittsburgh Penguins) at the Mellon Arena. One of my bigger venues was for the Paul Spadafora Fight May 17, 2003 for HBO. I was asked to sing the National Anthem. I have been asked to sing more HBO venues. I sing for the Adios, Meadowlands, as well as Verquan Kimbrough’s fights at Mountaineer and recently Robbie Kneviel’s jump at Mountaineer. I continue to sing local events, charities and promotions being asked for the 2005-2006 year.

My songs are all copyrighted and I have continued to write more songs of which I haven’t released yet. I have also been an ASCAP member and publisher since 1998.